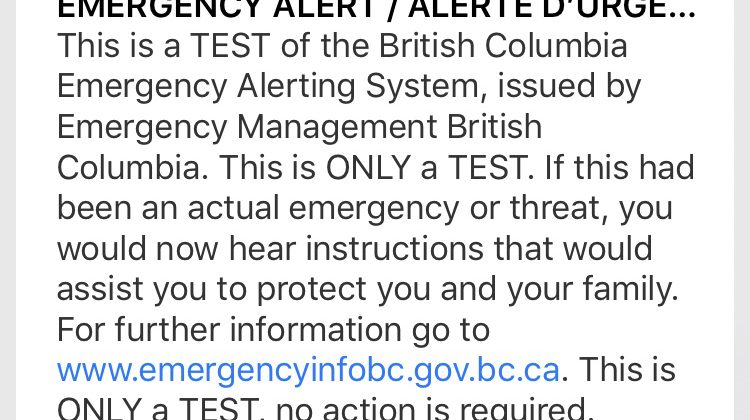 A screenshot of the emergency alert.

VICTORIA, B.C- The province sent out its second test of the emergency alert system today (Wednesday) at 1:55PM.

In May of this year, BC rolled out its first trial run of the new communication technique if and when an emergency takes place.

The text system received mixed reviews, with common complaints among those who didn’t get the text claim their phone is either out-of-date, or not compatible unless they’re connected to wireless internet.

The alert was meant to run across cellphones, radio stations, and television broadcasts.