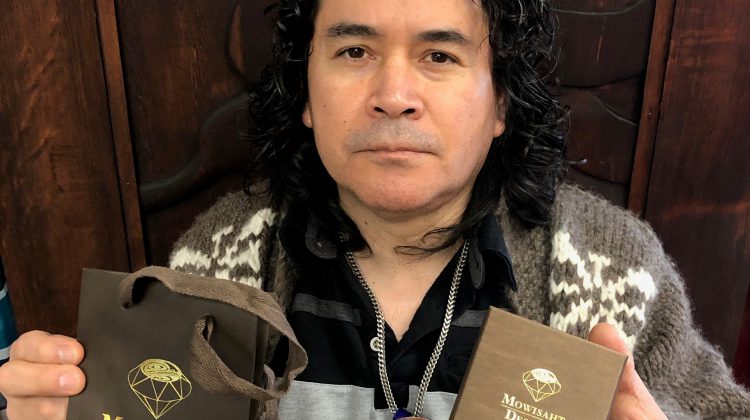 CAMPBELL RIVER, B.C. – Ernie Smith says he was surprised and unhappy to find out Marine Harvest is rebranding to MOWI.

MOWI is a nod to one of Marine Harvest’s original founders, Thor Mowinckel.

But Ernie Smith said it’s too close to his traditional First Nations name.

Mowisaht is Smith’s traditional name, passed down from members of his family for generations. According to Smith, the short form of his name is “Mowis”, which is a place in Nuu-chah-nulth territory. “Aht” refers to where people come from.

“This is my family name that’s been in my family for generations and generations, for thousands of years. And I’m really not happy with them using this name, only because it’s too close to my name.”

Besides the fact that it is a  traditional name, Smith’s jewellery line is also called Mowisaht, to honour his heritage. He said that if Marine Harvest goes forward with the MOWI rebrand, he feels it might overshadow his business and push him out.

“I don’t think they’re intentionally doing it and from what I understand, the family (Thor Mowinckel’s family) isn’t too happy with them utilizing this name either,” Smith added.

Smith said he has reached out to Marine Harvest to call attention to the situation and is now waiting to see what the firm will decide to do.

“I’ve already used this brand name for the last three years, but it’s my own traditional  name and I can’t change my name that’s been given to me by my elders.”

We have reached out to Marine Harvest, but they have not responded to our request for a comment yet.