No major injuries as vehicle crashes into Comox retirement home 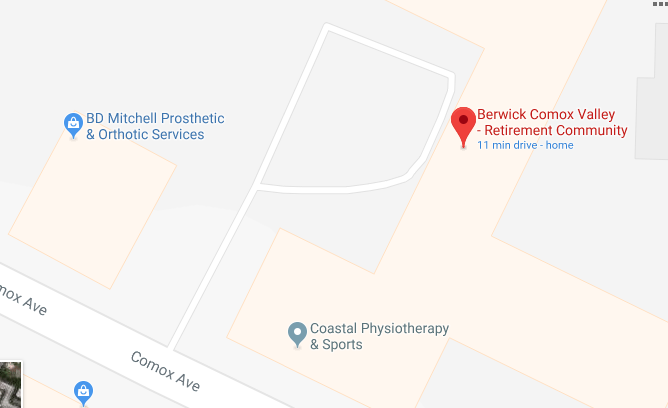 COMOX, B.C. – No major injuries were reported after a vehicle crashed into a Comox-area retirement home.

According to a report by the Comox Valley Record, the incident happened at around 10:00 a.m. A vehicle crashed through the first floor of Berwick Comox Valley on Comox Avenue.

The Record stated that the grey SUV involved jumped the curb, hit a bench and collided into a service door between two units. The driver of the vehicle appeared to be in her 90s.

According to the Record, one person was in the adjacent suite on the building’s ground floor, but was not injured as a result of the collision. The suite sustained some damage, and it was reported that the resident will be moved to another suite during repairs.

The driver was treated by BC Ambulance crews but did not suffer any major injuries.