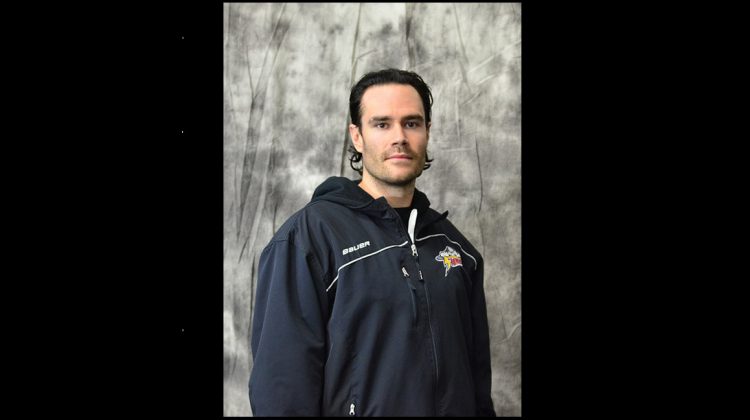 Mike Wilson is pictured in a 2015 handout photo from the Campbell River Storm.

According to a press release issued by the hockey team, former associate coach Mike Wilson has been hired on as the team’s new head coach. He replaces Cam Basarab, who himself replaced former head coach Lee Stone in November.

Lee remained with the team in an administrative capacity after leaving the head coach role.

Wilson had been with the team from 2015 to 2017, through two Cyclone Taylor Cup appearances. He also played junior in the PJHL, as well as collegiate hockey with Concordia University of Edmonton and the University of the Fraser Valley.

“Mike was a fast-skilled player and that has been reflected in his coaching style,” the team’s release says. “He also places a strong emphasis on education.”

According to the Campbell River Mirror, Stone has since taken on an assistant coach position with the Junior A South Surrey Eagles of the BCHL.

Reached for comment, team director Linda Lahtinen said she wished Basarab all the best, and described the coaching change as a “business decision.”

She also said that the Storm was looking forward to having Wilson back.