No foul play suspected after death at 19 Wing Canex 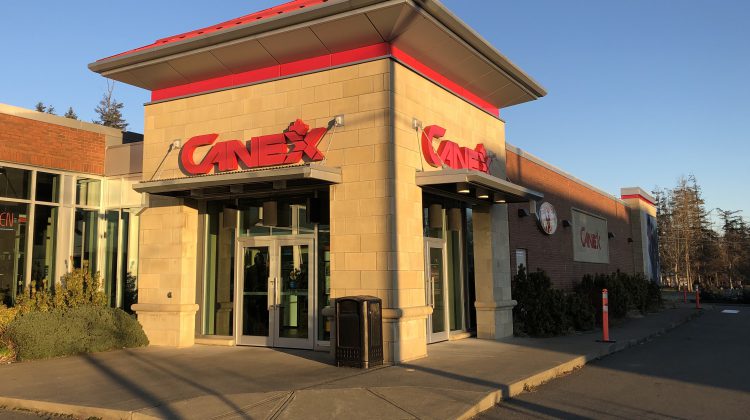 The exterior of the 19 Wing Comox Canex is pictured on February 5th, 2019. Photo by James Wood/98.9 The Goat/Vista Radio

COMOX, B.C- Military police and the B.C Coroner’s Service are investigating after a man was found without vital signs at the 19 Wing Comox Canex store last night.

According to 19 Wing Public Affairs, the 25-year-old was from the Valley, and part of a Canadian Forces member’s family.

Emergency services had responded to the Canex in the early evening on Monday, and remained at the store into the night.

According to 19 Wing Public Affairs, the military police investigation is ongoing, with the coroner’s service also having a role. There has been no indication of any foul play.

Support is being offered to the family of the deceased man by 19 Wing Comox, as well as condolences.

19 Wing Public Affairs described it as a tragic situation for the family, and the military community.