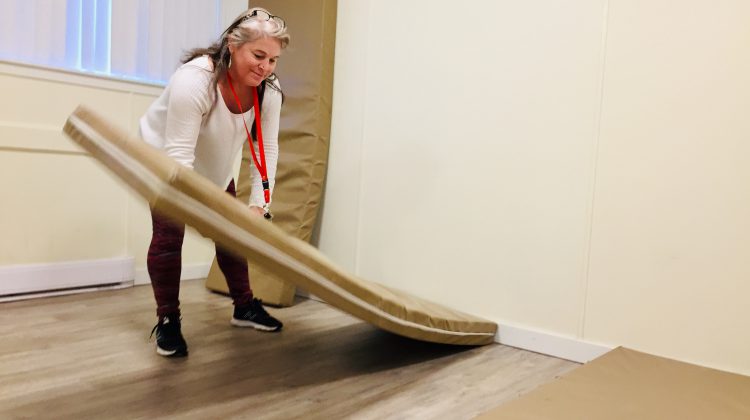 COMOX VALLEY, B.C. – This past March, 117 people identified as being homeless across the Comox Valley.

And the 2018 Point in Time Count Report was a snapshot, and doesn’t count the hidden homeless, including those who couch surf, or weren’t seen on March 7, or are in transitional housing.

On Monday night, as snow poured down on the valley and temperatures dipped below freezing, only six people used the emergency mats laid out at the Salvation Army shelter on Pidcock Avenue.

The shelter has the capacity to take in 20 additional people during the Extreme Weather Protocol (EWP) that has been in place since Nov. 16, and will stay in place until March 31.

But he added that he was “disappointed” that just six of the community’s homeless came in from the cold.

“We put a lot of effort into trying to convince people to come in out of the snow,” Hobden said. “It’s not healthy for them to stay outside. It wasn’t super cold but it gets really damp outside and it’s much better if we could convince our friends to come in for the night.”

Six has been the average number of people using the emergency mats since the EWP was issued, even after winter’s late arrival.

Hobden said all six people who used the emergency mats were men, which has him “a bit concerned.”

“We just have to trust that maybe they’re finding other arrangements,” Hobden added. “Couch surfing, that kind of idea.”

Meanwhile, efforts continue to persuade the community’s homeless to leave their tents and come inside the shelter.

“We’ve got such a great network of non-profit and government support in this valley and we work very closely with all of those varying agencies in order to make sure that we can do whatever we can to get people in from off the street,” Hobden said.

“Some food, a shower, and a warm place to sleep.”