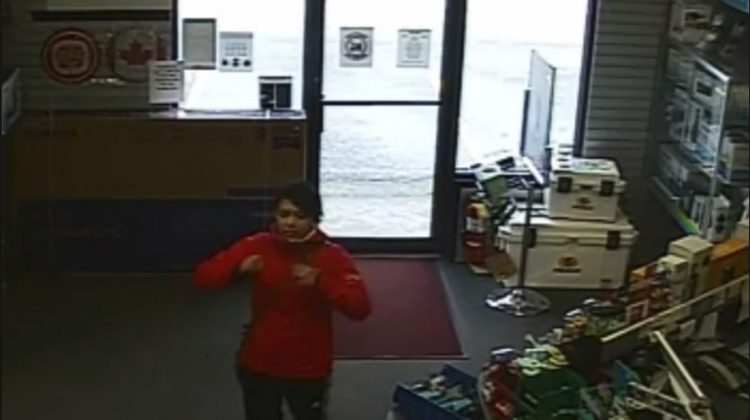 The individual is pictured here caught on surveillance in Port Hardy's the Source store. Photo courtesy of Port Hardy RCMP.

According to a release from the detachment, an employee from the Source reported a shoplifting incident on the afternoon of February 21st. An unknown female reportedly stole a pair of headphones before trying to leave the store.

The employee was able to chase down the woman and retrieve the headphones.

The detachment is asking anyone who may be able to identify or have information about the suspect to contact them at 250-949-6335. Residents who wish to stay anonymous, contact Crime Stoppers at 1-800-222-8477.