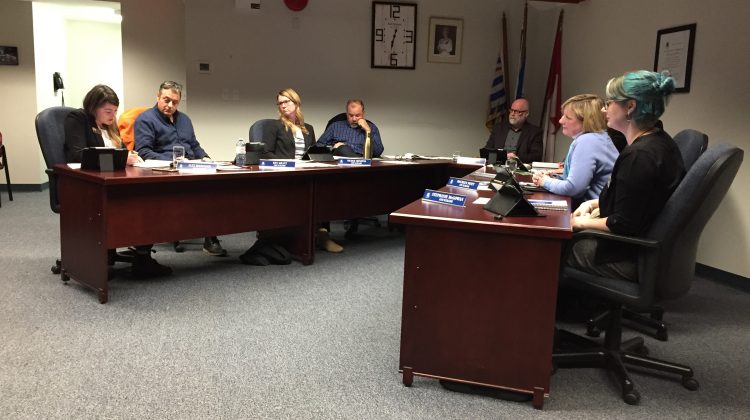 Bruce Gibbons, the founder of the Merville Water Guardians, appeared before Comox council on Feb. 20, asking that they take steps to ban water bottling within their municipality. In recent months, Gibbons has been asking all the municipalities in the Valley to take the same step.

As part of his presentation, Gibbons had two requests:

Gibbons lives near Christopher Mackenzie, who is facing opposition in his bid to extract and bottle ground water from his family well along Sackville Road.

The provincial government has approved a groundwater extraction license for Mackenzie to extract up to 10,000 litres of water per day from the Comox Valley aquifer, and bottle and sell that water.

However, the license was contingent on rezoning of his property and the CVRD denied the rezoning on Aug. 28.

Mackenzie has also publicly stated that a lease hold has been found for his bottling operation in Courtenay, with an application made to the city for a business license.

Meanwhile, Gibbons has continued to head up resistence to the proposal. He told council that the Water Sustainability Act does not protect his water or his access to water.

“I find that appalling,” he said.

“I have been campaigning against the license and for protection of our aquifer since March. We have 290 followers on our Facebook page and in August we submitted 425 signatures on a petition presented to the CVRD directors, asking them to deny the rezoning and to prohibit water bottling in the CVRD.”

Gibbons added that his group has collected 1,300 signatures to date on a petition to the provincial government, asking them to stop approving licenses to bottle and sell from all aquifers in B.C.

“There are thousands of Comox Valley residents and farmers who rely on that aquifer as their only source of water,” Gibbons said.

“If that water supply is depleted, then the thousands of residents and farmers of the Comox Valley will not be able to look after their personal needs for drinking water, sanitation, growing their backyard gardens, or growing their crops and raising their livestock. That would put our food security at risk.”

Mackenzie attended the meeting and, as the licensee, told council that he had three “very straightforward” questions during the audience question period at the end of the meeting.

“Does this Comox Council support the CVRD’s Official Community Plan and regional growth strategy, for which you are signatories?”

“Does this council support creation of a bylaw banning water bottling, when the proponent of the ban provides no scientific factual evidence and denies the ministry of professionals, that make these important decisions, credibility?”

“Would this council sign a resolution banning water bottling contrary to the Official Community Plan and the regional growth strategy, only because Area D director (Brenda) Leigh of the Strathcona Regional District supports Mr. Gibbons’ ideology, based on pseudo facts and fear mongering?”

Councillor Ken Grant said that for council to answer these questions in an open meeting “when they’re just brought to us is probably not the correct procedure.”

Grant suggested that Mackenzie appear at a future meeting as a delegation.

“I think that would be a better forum and a better way to present.”

Mackenzie said he didn’t expect a response from councillors. “I just want to present the questions to give you all something to think about over the period of the next coming weeks.”

Mackenzie told the MyComoxValleyNow.com newsroom that he will be appearing before the Town of Comox’s Committee of the Whole tomorrow.