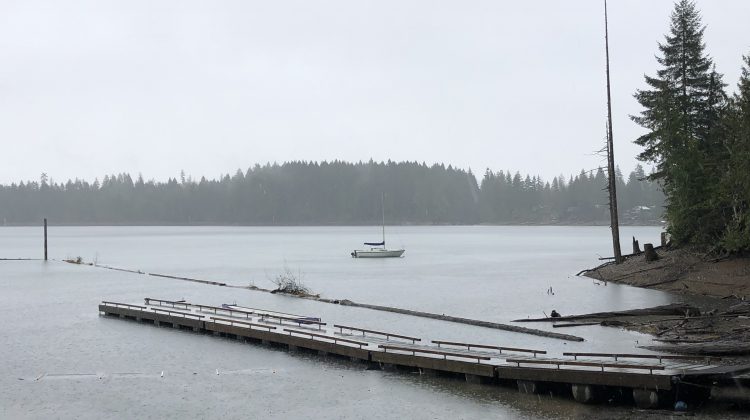 The Village of Cumberland closed the launch on March 18th advising users of the boat launch that ‘the ramp is currently not functional nor safe for boat launch use’, and also stated the ramp would re-open once water levels rise.

Rob Crisfield, the manager of operations for the village, says it was a temporary closure but it gave them the opportunity to address some issues with the launch.

“Because of the low water levels in Comox Lake there was an opportunity to address the buildup of sand and gravel materials at the bottom of the concrete ramp,” Crisfield said.

“We got approval from the ministry of environment to put the silt fence in, cleaned it up, armoured it, waited for the water levels to get back up, and opened the boat launch again.”

The launch was closed from March 18th to the first week of April.

The village says waters levels are back to normal in Comox Lake, and the launch is now open for residents of the valley to use.