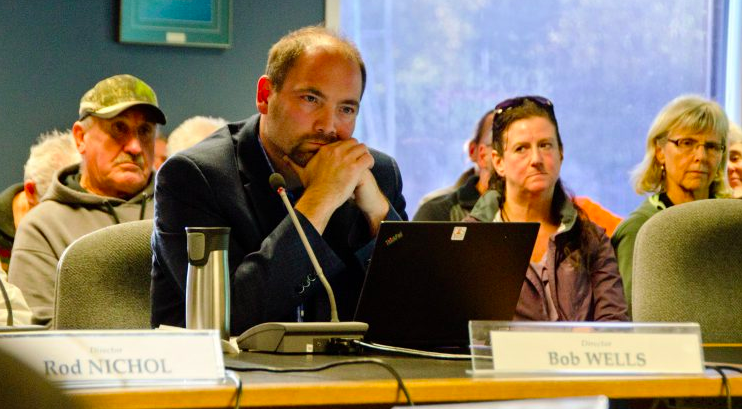 COURTENAY, BC- Mayor Wells does not agree with how the CFIB rated the city of Courtenay one of the worst places to have a business in Canada.

“I looked at their report and at the end of the day they are talking about how Courtenay is one of the worst places,” said Wells.

Wells went on to say that he did not let reports decide whether he would become a Courtenay resident or not.

“As a business owner I can tell you that I didn’t go to them (the CFIB) to find out if I should start a business in the Comox Valley,” said Wells.

“I moved here because it’s the centre of the universe, it’s one of the most beautiful places on the planet. We’ve got the mountain to go skiing, we’ve got the ocean to go kayaking, just awesome places around here. That’s why I moved here. I didn’t move here because of some report.”

He also mentioned positive reports from the Valley’s Chamber of Commerce as a sign that things are better than the report laid out.

Wells explained that property taxes are something he wants to further work on.

“A lot of municipalities have business tax multipliers where things are a little bit higher than residential taxes,” said Wells.

“When I first got on council in 2014, that was one of my focuses, getting that number down. Last year, that number did go back up, but we’re going to be looking at our taxes by the end of May, or mid-May, so we’re going to be contemplating those things in the near future. It’s certainly top of mind, for us, that fairness between residential and commercial taxes. I think we have an opportunity in front of us to see if there is anything we can do to reduce that.”

Feedback to the MyComoxValleyNow.com story about the CFIB report brought up the opportunities for developers in Courtenay.

The development community has criticized the city administration in the past for how they handle local building and development proposals.

“It’s a fair point, and we can do things to make it better,” said Wells.

“In fact, we do have meetings with the developer’s association. That’s something I’ve been pushing for, for the last four years, and we’ve just started having meetings in the last month or so. We’re looking at ways the city can do it’s job in a more developer friendly way, that actually still maintains safety and environment protections.”

The full report can be found here.