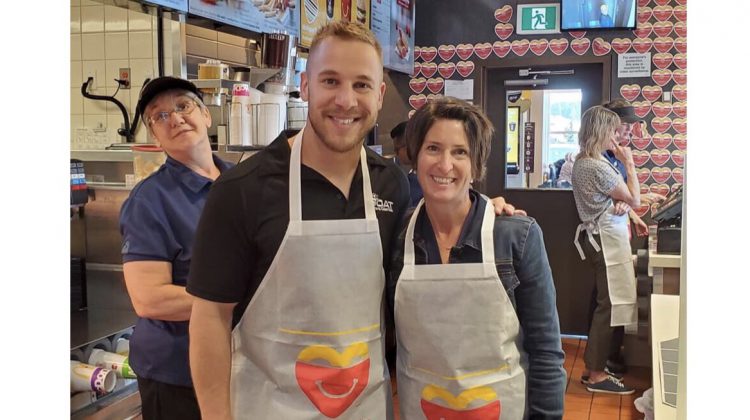 98.9 The Goat host Tyson Geick is pictured during McHappy Day 2019 with other volunteers and crew. Image supllied by Tyson Geick.

COURTENAY, B.C- The McDonald’s franchises in the Comox Valley have raised thousands for charity again.

Last Wednesday, a dollar from every Big Mac, Happy Meal, and McCafé beverage sold went towards the support of Ronald McDonald House and families across British Columbia and the Yukon.

In the Valley, the four franchises owned by Aldred Restaurants raised a rough total of $7,000. That went towards the national total of $6.5 million, according to the franchise’s owner, Jessica Aldred.

According to Aldred, 60 volunteers from the local area helped out with the event.

She thanked the restaurant crews, volunteers, and customers for their support of McHappy Day.