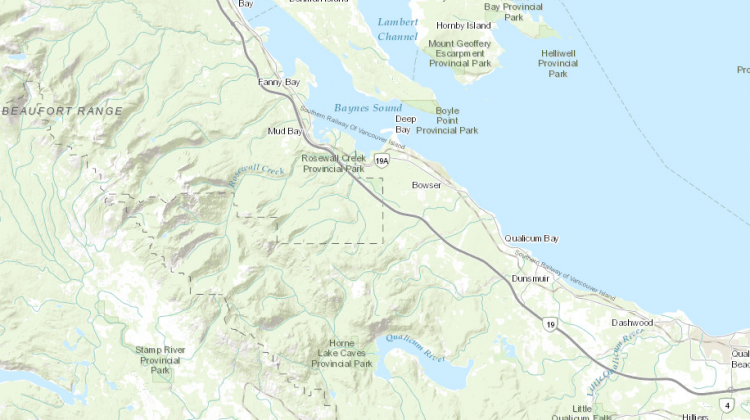 Photo sourced from the BC Wildfire Service Map

Dorothy Jacobsen, the Coastal Fire Centre information officer said it was just smoke in the area.

“I’m told that the reports from smoke in Bowser, are just a smoke chase, and it isn’t a fire,” said Jacobsen.

She didn’t say what the cause of the smoke was, but reminded residents to use safe burning practices as conditions are dry.

“We’re asking people to use best practices with any open fires they may have, be very careful, make sure when you put it out its cold to the touch, and don’t leave it unattended ever.”