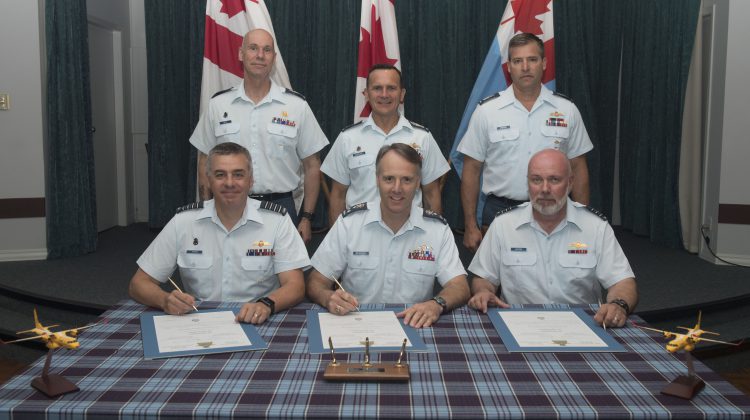 COMOX, BC – The Royal Canadian Air Force’s 418 Squadron will be flying again.

The squadron has been reformed as a search and rescue operational training unit. Lieutenant-Colonel Derek Jeffers will be 418’s commanding officer.

418 Search and Rescue Operational Training Squadron will fill an essential role for the aircrew and maintainers of the CC-295, the RCAF’s newest-fixed wing search and rescue aircraft.

The squadron will use new simulators for training, which the RCAF says will help improve search and rescue skills, as well as train crew to harness the capabilities of the CC-295 aircraft.

“I am very excited to play a part in bringing the CC-295 to Canada,” said Lieutenant-Colonel Jeffers.

“We have a very talented, hard-working team who are ensuring that this extremely capable aircraft will be utilized most effectively.”

The squadron was originally formed as 418 (Intruder) Squadron on November 15th 1941, under the Royal Air Force’s Fighter Command and 2nd Tactical Air Force. The squadron flew on night fighter and intruder operations in Britain, France, Belgium and the Netherlands throughout the Second World War.