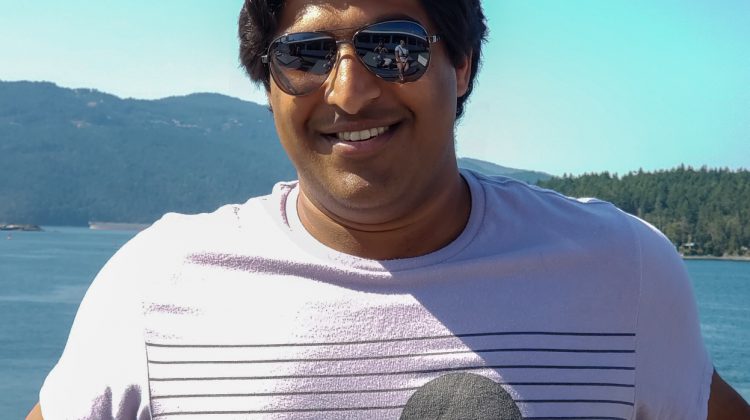 Ajinkya Chodankar and a few international students from India were playing cricket at Lewis Park on Sunday when someone in a passing truck yelled at them to “go back to their country." (supplied by Ajinkya Chodankar)

A young man is speaking out about racism in Courtenay.

Ajinkya (Jinkx) Chodankar and a few international students from India were playing cricket at Lewis Park on Sunday.

That’s when someone from a passing truck yelled at them to go back to their country.

He bookended it with a racial slur.

From his experience, Chodankar said this doesn’t reflect the rest of the valley, but he added that he is “deeply hurt” by what has happened.

Chodankar firmly believes this was an isolated incident. He also says that the hateful words shouldn’t define him, or the person who yelled them.

“It could be just a lapse in judgement or whatever,” he said. “It is what it is, but it needs to be addressed for sure. If it goes unaddressed then it can happen again. Not everyone has the tendency to make a big stink about it like I did, I guess.”

This was his first exposure to racism in the valley, but he knows of others who have been targeted in the past.

“I’ve done my part in assimilating really well in Canadian society,” he said. “I always get told I barely have an accent and I moved to Canada in 2012. Ever since then I have nothing but good things to say about the valley and met some wonderful people. But I have heard about instances from my friends, about their experiences with the general public where they worked at convenience stores and they have been exposed to hate speech and that kind of thing.”

Chodankar is a permanent resident of Canada after moving to Campbell River.

He is married to a Canadian.

He said he has a bachelor of science, is a red seal chef, and is a volunteer firefighter so that he can make a difference and someday save a life.

“Is this the example to be set for new international students that come to the valley?” he said.

“I worked with some amazing people in the valley and in Canada at large.”

Chodankar believes the incident was purely based on skin colour.

“That’s what really, really hurt the most,” he said. “It does hurt, you know? I’ve been thinking about it over and over and there’s just replays in my (head).”

Chodankar wants the person who yelled the words to do some self-reflection and correct their behaviour.