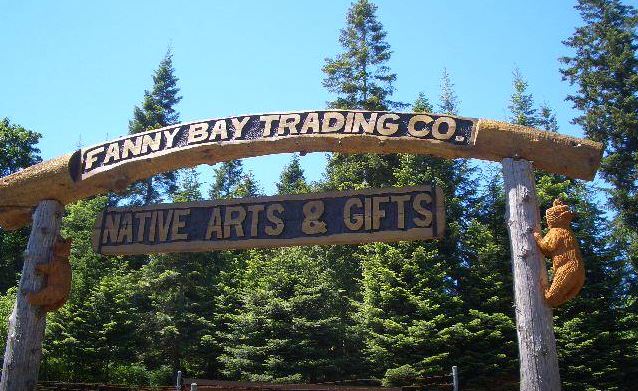 Fanny Bay business owners say they’re being cut off from the rest of the world.

Their frustration stems from roadwork which essentially closes a section of the Old Island Highway.

In January 2019 there was a partial failure of a culvert that resulted in the Ministry of Transportation having to complete emergency repairs and closure of Highway 19A for a period of time.

The ministry says replacement of the culvert “is absolutely necessary to replace at this time to avoid potential complete failure before this winter season.”

The six-week project to repair the culvert runs until Sept. 20. Drivers are being diverted around the highway.

Just days after the closure, and Campbell said the store is completely dead.

“I could go lay down in the middle of the highway right now and not even worry about getting hit,” he said. “It’s that bad.”

“We rely on drive-bys 100 percent and we’re not getting any because the road’s closed and the signage is very confusing,” Campbell said.

Campbell said business owners met with the Ministry of Transportation during a meeting on Tuesday and pitched a stopgap solution.

“We wanted one lane open, we told them to put up a temporary bridge that can be done but they said, ‘No way.’ They just put a sign up that said ‘Businesses open.’ That’s it,” he said.

He feels he is being robbed of his customers during the busiest time of the year.

“It feels like being b&e’d,” he said. “You’re helpless and there’s no one to call. And no notification. Six days’ notice, they put the sign up. I had a guy tell me… that you’re about to be really slow. I said, ‘What do you mean?’ He said they’re closing the highway for six weeks.”

He notes that the financial impact is already taking its toll: “The bills don’t take a holiday, but we certainly are taking a forced one.”

‘It’s our busiest time of the year’

Fanny Bay Inn owner Roxanne O’Brien said it took less than a day for the impact of the closure to hit home.

“It started off on Monday when I went after the road closure,” she said. “I ended up sending two staff members home because it was so quiet.” She said community members are doing what they can to support the pub “through these hard times.”

But they can only do so much, she said.

“The hours of some of my employees will certainly be cut down,” she said. “And it’s our busiest time of the year. A lot of people travel down the scenic highway, the beautiful highway we have along the coast and they stop (because) they see the sign.”

The distinctive sign draws a lot of new customers, O’Brien said. “Once they see the specials on the board, that’s usually where I get the tourism to come in because of the sign. So the sign there is huge for me, so I’m not getting the traffic flow coming in that I would normally.”

O’Brien said her sales are cut in half because, at this time of the year, half her business comes from tourists. Drivers heading north are completely cut off from the road and have to detour onto the inland highway.

If you really want to go to Fanny Bay, you would have to backtrack south from Courtenay, O’Brien noted.