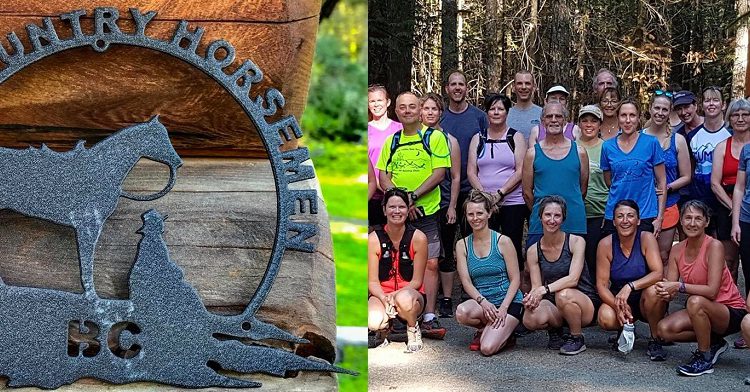 The upgrades done to Seal Bay Nature Park this year were influenced by many in the community, including two local groups.

Those groups are the North Vancouver Island chapter of the Back Country Horsemen of BC (BCHBC-NVI) and the Comox Valley Road Runners.

When the Comox Valley Regional District first talked about upgrades to the park, they were at the forefront, producing input and ideas for the changes.

That feedback helped shape what upgrades the CVRD decided to build including an expanded parking lot at 2201 Hardy Road, new picnic benches, a pit toilet, a horse manure containment area and even hitching rails.

The district also upgraded the existing trail network and the ‘horse and bike’ loop was rerouted, moving equestrians a safer distance from the busy traffic on Bates Road.

BCHBC member and spokesperson Sharon Pickthorne says the group was thrilled to be able to contribute to the changes.

“Our members were eager to provide input on the park enhancements because we are committed to the maintenance and development of all multi-use recreational trails in our region.”

“In addition to giving feedback, we also regularly provide the regional district with volunteers to help construct and maintain trails. Our volunteers do everything from flagging routes, to trimming back overgrown vegetation, operating machinery, compacting gravel, and directing foot traffic around trail builders during work bees,” said Pickthorne.

New and improved trail signage that -according to the CVRD will be installed soon- will help ensure that horseback riders and cyclists stay on their designated 10-kilometre loop and away from pedestrian-only footpaths.