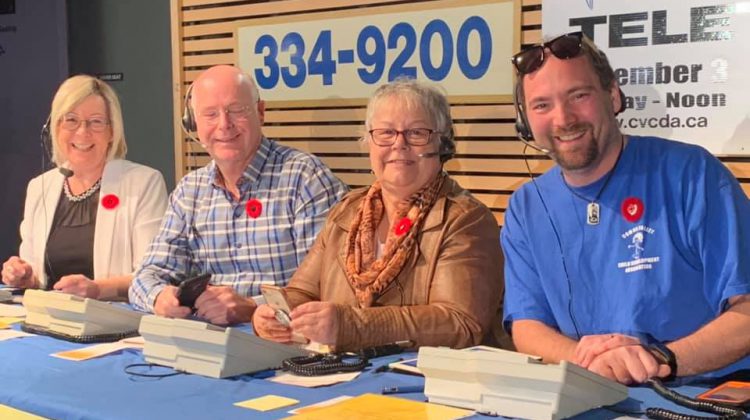 The annual Comox Valley Childhood Development Association telethon has raised close to $96,000 for the organization.

The fundraiser was hosted at the Sid Williams Theatre yesterday and showcased local performers from all over the valley.

Many community members also did their part by volunteering for the day.

“It went famously, as always. It was just a great day of celebration of the local talent and community spirit. It was lots of fun and we raised some money for the CVCDA,” said Schroeder.

She also added that it’s great to see the community support the organization every year.

“It’s pretty affirming, it’s wonderful to feel apart of this community. 44 years is a long time to ask people every year for their support, but every year people come out and support us and they support the kids we provide services and its a pretty special event.”

The total amount of money raised at this year’s telethon was around $95,900.

Some of the money will be used to help the CVCDA with operating costs but other parts of it will be put towards a new playground for the autism centre.

Schroeder says although it’s a little less than last year, the end result was better than they expected.

“It was a little bit lower than what we had the last couple of years but more than we had prior to that, so we’re super happy. We’ve had a big capital project which we know brought in some extra money at last year’s telethon. We were expecting it to be a little lower so we were pleased with how much we actually got at the end,” Schroeder added.