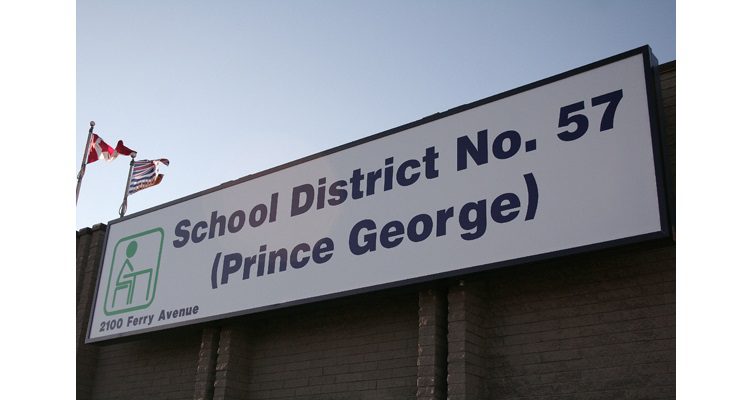 Joshua Frederick Roland Laurin, who has been a teacher at École College Heights Elementary since September, had his license suspended for one day in October after saying he wanted to use a student to beat two other students to death.

Tim Bennett, Board Chair for SD 57 said the district was made aware of Laurin’s previous suspension yesterday.

“The matter has been referred to our senior administration to investigate and to look into this matter further. At this time the teacher is not returning to the school,” Bennett told MyPGNow.

“This is still relatively new news, all I can say is how we got here is being seriously looked at. We recognize the anxiety that this has caused families and student safety is the number one priority of the district and of the board.”

Laurin made the comments on a field trip on November 6th, 2018. He was “teaching on call” for School District 72 at the time.

The British Columbia Commissioner for Teacher Regulation, Howard Kushner, said students on the trip overheard Laurin making those and other comments they described as “weird.”

Laurin said he didn’t like his job, didn’t like being around kids, but did like Grade 8 because he could “leave students with worksheets and then leave them to it.” He also said he wanted to use one of the students to “whack” two others.

After the trip was over and the students were back in the classroom Laurin said that “if he was going to die the following day, he would want to hurt students as he would not then get into any trouble.” The commissioner says some of the students reported feeling shocked by these comments but believed Laurin was joking.

Two days later SD 72 handed Laurin a disciplinary letter and suspended him from the substitute list for three weeks. He was also required to complete a course called Reinforcing Professional Boundaries, which he finished in March of this year.