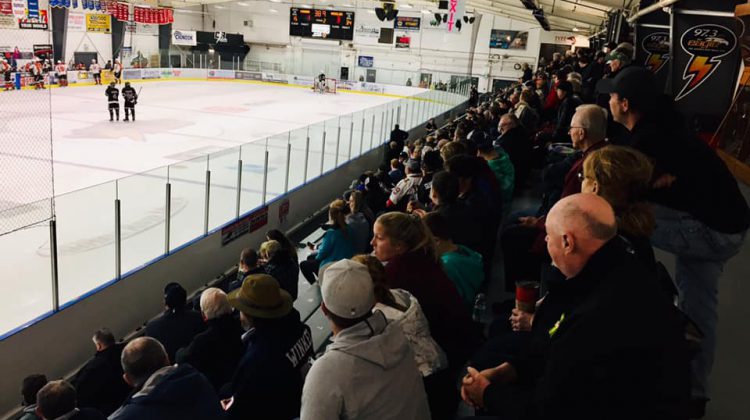 The BCHL is coming to Campbell River, but for a limited time only.

Junior A hockey’s one-day stint in these parts comes as a result of an equipment malfunction at Port Alberni’s Multiplex, the home of the Alberni Valley Bulldogs.

Due to a low-level ammonia leak in the Multiplex’s ice plant refrigeration system, it remains closed until further notice.

With no ice in their multiplex, the Alberni Valley Bulldogs are heading north for a day.

The Bulldogs also had to postpone tonight’s home game against the Merritt Centennials.

Bulldogs president David Michaud said the decision to move Sunday’s contest to Campbell River is something that causes our organization “great disappointment.”

“With no ice in the Multiplex, we were forced to balance our wants of playing in front of our fans, and being good BCHL partners.  The reality is, asking Trail to come back to Port Alberni later in the season wasn’t something that was fair to them, both from a time standpoint, but also financially,” Michaud said.

”We’re extremely disappointed to be in this position. We’ve had to cancel our parent weekend that was scheduled for this weekend as well. All in all, this a very difficult decision to try and balance what is right for all parties involved.

Season ticket holders and fans holding a game ticket for Sunday wishing to make the trip to Campbell River will have until 2:00pm today to pick up complimentary vouchers for the game.

After today, the seats will be made available to the Campbell River public.

All tickets for the game will be general admission.

“We appreciate all the supportive messages we’ve received from our wonderful fans” said Bulldogs head coach and general manager. “Playing in front of our fans at the Dawg Pound this year has been incredible, we hope a few of them will make the trip and come support us”

Meanwhile, the Storm hosts the Oceanside Generals in VIJHL action tonight at the Brindy.