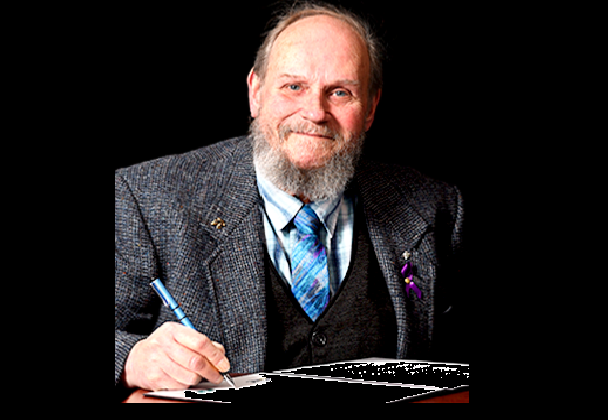 Bruce Curtis is among 18 people across B.C. receiving the province's Medal of Good Citizenship. (Supplied by the Province of British Columbia)

A Courtenay man is being honoured for his many contributions to his community.

Bruce Curtis is among 18 people across B.C. receiving the province’s Medal of Good Citizenship.

The medal recognizes their outstanding service and commitment to helping others in their communities.

Launched in 2015, it recognizes people who have made outstanding contributions to their communities without expectation of remuneration or reward.

It reflects their generosity, service, acts of selflessness and contributions to community life.

Recipients were nominated by members of their communities.

Curtis has been a community leader and volunteer in several fields for over 50 years.

Since 1996 he has been a central volunteer and leader of the Community Justice Centre for the Comox Valley.

Curtis served on the steering committee that founded the centre, as a volunteer facilitator and, for the past 13 years as its chief administrator.

Over the years, he has inspired and supported volunteers to resolve up to 150 referred cases annually, which provides them opportunities to develop their restorative justice skills.

“(He) has also built important relationships on the Comox Valley’s Community Justice Centre’s behalf and deepened the application of restorative justice in his community,” Curtis’s medal recipient bio reads.

“He has expanded the Community Justice Centre’s referral sources, dramatically increasing the impact of restorative justice throughout the community.”

Curtis is the originator of the Community Justice Centre’s flagship public education venture, the Campagnolo Lectures in Restorative Justice.

The lectures attract 300–500 residents each year.

Started in 2011, the Campagnolo Lectures have attracted the likes of former Governor General Adrienne Clarkson and Chief Justice Beverley McLachlin.

“While the range of issues has been broad, Curtis’ dedication has not flagged,” his bio said.

“The impact of his service work is evident in Ontario, Alberta and British Columbia.”

Curtis has written over 90 papers and provincial and national speeches on labour relations, humanitarianism, volunteerism and restorative justice over the past 40 years and was invited to address the Canadian Association of Statutory Human Rights Officers.

Curtis has been recognized for his extraordinary service to his community over the years, including:

Premier John Horgan congratulated this year’s recipients: “Your outstanding contributions to the well-being of your communities inspire us all. ͞The generous gifts of your time and support make a difference in people’s lives and help build a stronger province for everyone.”

In addition to the Medal of Good Citizenship, people may be nominated for the Province’s other honour, the Order of British Columbia.

This award recognizes those who have served with the greatest distinction and excelled in any field of endeavour, benefiting British Columbians and others across Canada and beyond.