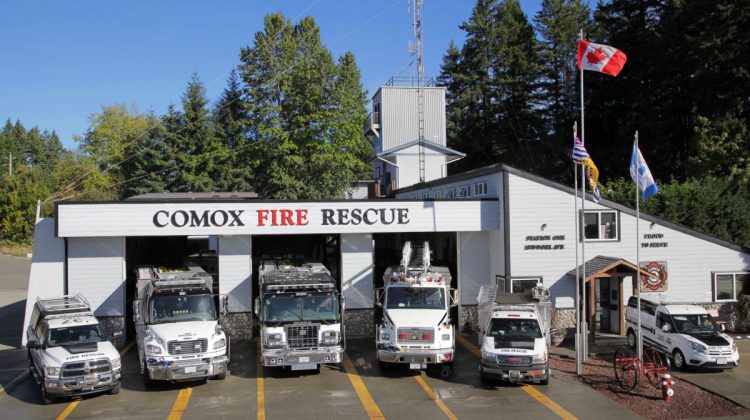 No one was in hurt in a fire at the Mariner Apartments this morning.

Comox Fire Rescue Assistant Chief Jim Lariviere says it broke out between 5:00am and 6:00am at the 2181 Comox Avenue building.

It had to be evacuated because of smoke, but crews were able to contain the fire to the one unit’s kitchen where it had started. All of the tenants have since been allowed back into their homes, except for the unit that had the fire.

The cause of the fire is still under investigation, though it’s not believed to be suspicious. Lariviere says the building had a working smoke alarm system which helped the situation immensely.

The Mariner Apartments are the same apartments that flooded back in January, displacing nearly all the first-floor residents.