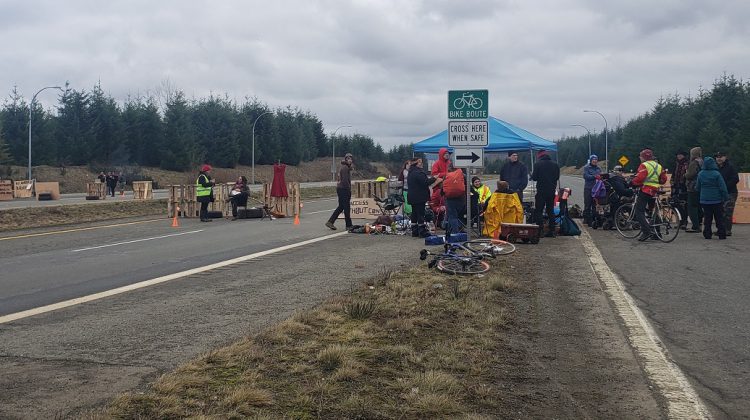 The K’omoks First Nation is publicly distancing itself from the protest on the Inland Island Highway.

On Monday, blockades were set up at Exit 117 to show solidarity with the Wet’suwet’en opposing the Coastal GasLink pipeline project in Northern B.C.

K’omoks Chief Nicole Rempel says Monday’s protest was not their event. She says they were never contacted about or advised of the blockades and they are disappointed the K’omoks name was used unbeknownst to them.

Chief Rempel says it was organized by non-indigenous Comox Valley residents who aren’t connected to the territory in the same way as K’omoks, and in no way represent K’omoks or its values.

She added it is “saddening to see the racist comments in social media aimed at our community when K’omoks was not involved.”

We’ve reached out to Chief Rempel for further comment.