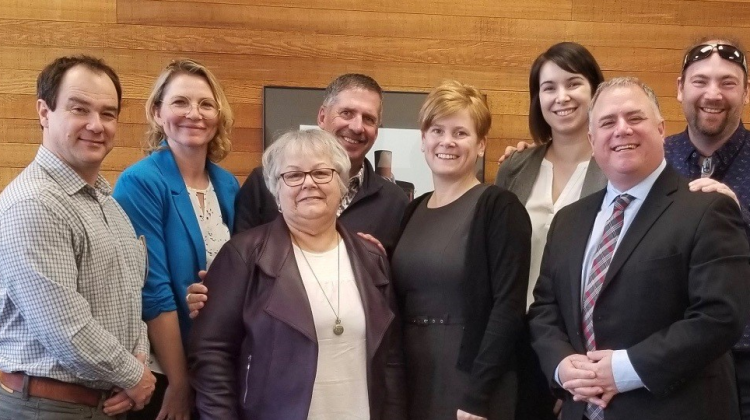 Courtenay-Alberni MP Gord Johns wants to make a meeting of the mayors a regular event.

Johns was in Port Alberni on Feb. 12, where he met with mid-Vancouver Island mayors along with the chair of the Comox Valley Regional District.

“I am accustomed to meeting with First Nations elected and hereditary chiefs through their tribal council and Council of Ha’wiih but there has been no similar opportunity to connect with local mayors as a group to examine issues of common interest,” Johns said.

“The result was a thorough examination of the priorities of our municipal governments throughout the riding.”

The meeting was initiated by Tofino’s Mayor Josie Osborne as a means of optimizing access by local governments to federal support through effective communications with the local MP.

“I was struck by how similar the priorities are from one community to another such as wastewater treatment, general infrastructure costs and affordable housing,” Osborne said. “I think it was helpful for Gord to hear this from all of us and to consider how we can to best work together with him to push our ideas with the federal government”.

Among the topics were:

After the gathering, it was agreed by all that they should reconvene at least on an annual basis.