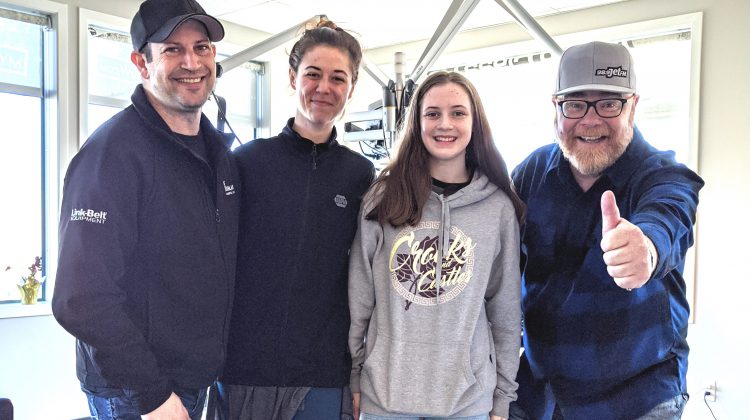 A Comox Valley girl is about to lace ’em up with the Vancouver Canucks.

The 14-year-old will be skating alongside the Canucks when they first hit the ice Sunday night against the Columbus Blue Jackets.

Then she’ll line up next to them on the blueline during the singing of the national anthems.

Her dad, Anthony, was the driving force behind the experience. For the past six years, he’s been entering her in the Canucks’ Every Kids Dream contest.

It’s offered to registered BC minor hockey players between the ages of eight and 13 to be in the Canucks ‘starting lineup.’

She says being selected was a complete surprise: “I hand no clue that he (Anthony) had put me in for it. I just think that’s really cool that I didn’t even know and then I was really surprised when I found out.”

The defenceman with the Dreamsicles bantam house team will be joined at the game by her 17-year-old brother, her dad, his girlfriend, and a friend/teammate from her hockey team.

Gray and her guests then get to watch the Canucks game action from their complimentary seats.