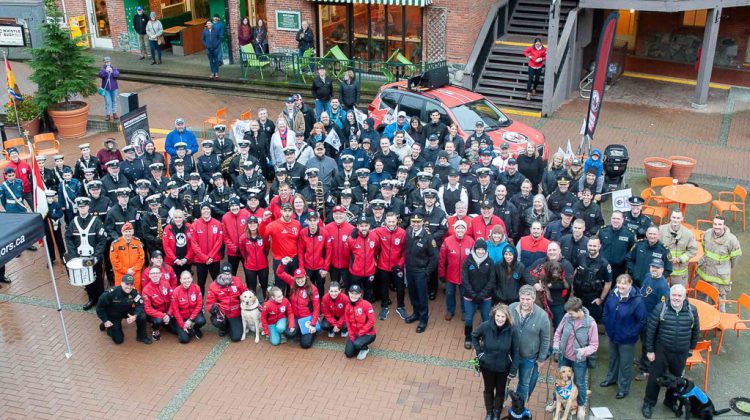 The Wounded Warriors run has hit another huge milestone.

The Vancouver Island wide run has raised $165,000 so far, and there are still three weeks left in its campaign to hit its fundraising goal of $250,000.

The seventh-annual run started on February 23rd in Port Hardy and continued down island with stops in Campbell River and the Comox Valley before winding up in Victoria on March 1st.

It also raises money for Wounded Warriors Canada programs on Vancouver Island, such as the Trauma Resiliency Program (TRP), COPE (Couples Overcoming PTSD Everyday), and the Service Dog Program which trains dogs and pairs them with a person with PTSD.

Every cent that is raised on Vancouver Island will go towards helping those who live on the island.