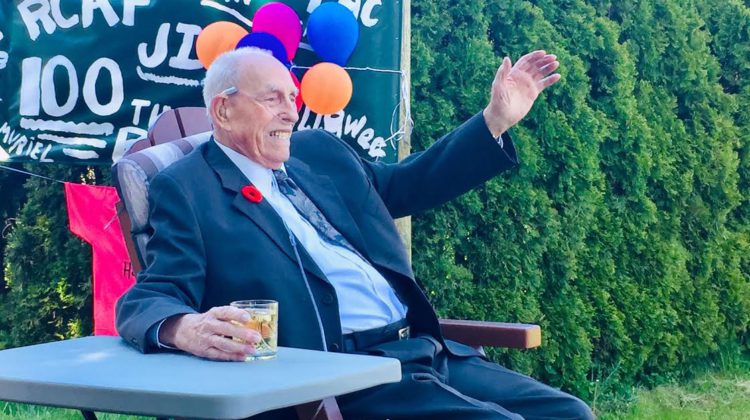 It’s a major milestone for a Second World War veteran in the Comox Valley.

Jim McGillawee celebrated his 100th birthday today and members of 19 Wing Comox and many others made sure they gave him a party fit for a king.

Not long after, a Cormorant helicopter flew over the neighbourhood. 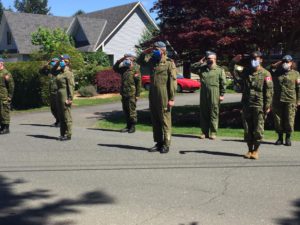 McGillawee soaked in the attention, which included a bagpiper, and a parade of motorcycles and classic vehicles.

He compared it to being at the museum.

“All I am is another exhibit,” he said. “That’s all I am, just another exhibit, but I don’t mind it. It don’t hurt a bit.  It’s one of the nicer days in life, you know, because I tell ya, the attention I’ve had from my family who have done this for me..”

“How often do you get to meet a person who has hit 100 years old? This is a mile marker very few people will ever attain and to be able to meet people like this who have experienced everything that’s occurred over the last 100 years… it’s very important to us,” Patten said.

Patten said following the Provincial Health Officer’s orders was important in keeping everyone safe, including the valley’s newest centenarian.