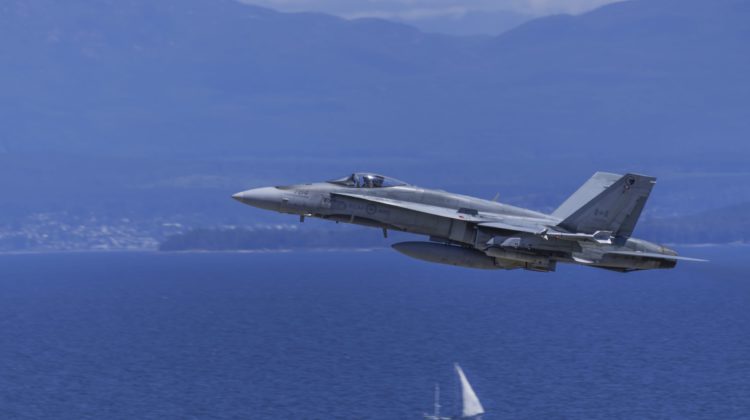 That’s the feeling at CFB Comox, after a handful of CF-18 Hornets fighter jets from Cold Lake, Alberta, operated out of the base over the weekend.

The jets, from 409 Tactical Fighter Squadron, were part of upgrade training required for pilots in the airspace off the west coast of Vancouver Island.

As well, a CC-130H Hercules from 435 Transport and Rescue Squadron in Winnipeg, provided airborne refuelling to the CF-18s for mutual training requirements. 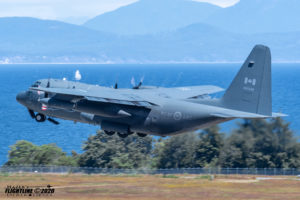 “The two squadrons were working together on the air-to-air refuelling portion, and the CF-18 Hornets were also doing what they called two-ship training and doing some practices together, and the Hercules was there to provide extra fuelling,” Hejduk added.

“So (there were) training opportunities for everybody.”

Hejduk said the training gave pilots an opportunity to fly over unfamiliar territory.

“The reason why they came here to Comox and to the area is, doing training in the different conditions over the Pacific (Ocean) is very different from what they do in Cold Lake, so it adds different nuances to the flying for the pilots, especially for the fighter pilots, and adds those kinds of challenges. It gets them out of their comfort zone and gives them something work with, so it was necessary operational training for them.”

The visit to Vancouver Island was a homecoming of sorts for Major Ryan Kean who’s originally from Victoria.

“He was saying how delighted everybody was to be in Comox and having lucked out with the weather,” Hejduk said. “It’s a bit of a treat to be out here for sure even though it is operational training and for him being from Vancouver Island it was a particularly nice step back home for a little bit, at least.”