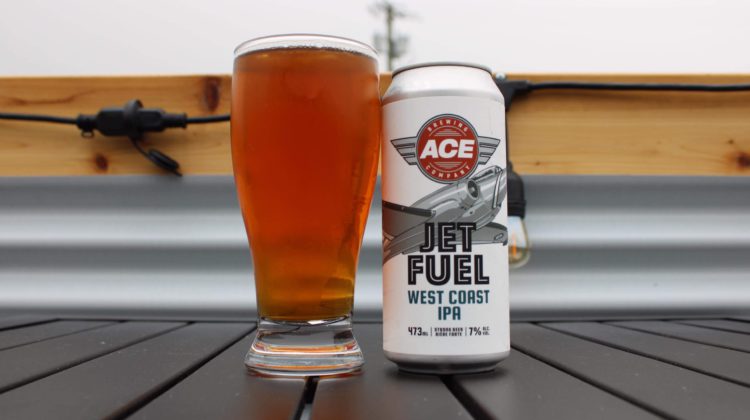 The Comox Valley is home to a national award-winning IPA.

Ace’s general manager and owner, Jo-Anne Landolt, said they found out on Sept. 12th, the day before the brewery’s first anniversary.

“The next day we were celebrating not only our first anniversary but our first award for the brewery. It’s pretty spectacular, especially in that category,” Landolt said.

Brewer Dan Lake explains that there are two categories of IPAs: West Coast and New England.

Lake said Jet Fuel is a throwback that fits into the more traditional, West Coast mold.

“It’s seven percent, it’s 70 IVUs, it’s a big, classic, West Coast IPA, kind of the traditional ones that I was used to drinking when I got into craft beer,” he said. “So I was kind of throwing it back to that.”

With Jet Fuel, Lake said he wanted to “let the hops shine.”

“So you have your traditional, Northwest Coast hops, like your Cascades and your Centennials that do most of the work where you’re showcasing the piny, citrusy flavours, and we’ve also added some newer-school hops to give it a little bit of fruitiness, so it’s kind of a hybrid beer,” he added.

Lake said it’s got a lot of traditional flavour with a hint of fruitiness.

“We wanted it to be unapologetic. It’s big, it’s bold, it’s drinkable, but it’s for people who like IPAs, for sure.”

Among the brewing staff at Ace, Lake said it’s pretty much their favourite beer to drink.

“As soon as we finalized the recipe, we realized we were on to something pretty special,” Lake said. “It was one of the beers that we thought would do well, and obviously it turned out that way and we were pretty happy about that.”

American Style India Pale Ale is one of the biggest categories in any brewing awards, Lake said: “Every brewery across Canada has an IPA, so to win that category was remarkable. You come in and you work every day to try and make the best beer possible so you always hope that you’ll be recognized for that, but to do it in our first year in such a competitive category is pretty incredible.”

Lake said it helps to shine a spotlight on the valley’s brewing community.

“I have received contact from pretty much every other brewery in the valley, congratulating us. It is a community and that was really great hearing from all of them, knowing that they support us and are happy for us, as well.”

Jet Fuel is available in cans at local liquor stores in the Comox Valley, Nanaimo, Victoria, and Campbell River, and at Ace Brewing.