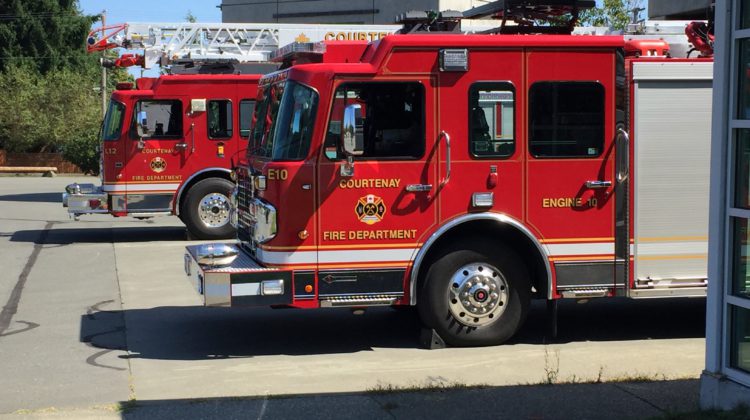 Two people and a puppy are lucky to be alive after a rollover crash on a logging road in Courtenay.

It happened just after 4:30pm Thursday, along Duncan Bay Main about a kilometre up from Forbidden Plateau.

Courtenay fire chief, Don Bardonnex, said the initial call was for four people trapped in the vehicle that had flipped on its back in a gravel pit.

“On arrival, there were actually only two occupants trapped inside,” Bardonnex said. “The car was upside down, pancaked into the ground and our crews extricated them.”

Bardonnex said they had to cut the doors off one side of the vehicle and then jack the roof away from the floor to get one person out.

They had to cut the other door off to get the driver out.

Bardonnex said he was surprised they were conscious when firefighters arrived.

One of the occupants was flown to Victoria hospital and the other was taken by ambulance to Nanaimo.

A three-month-old puppy was also in the vehicle and came away relatively unharmed.

“We took the puppy to Van Isle Veterinary, I’d like to take the staff there for checking the pup out. I kept the dog overnight and it’s been returned to his mother this morning.”

Comox Valley RCMP Const. Monika Terragni says investigators believe the driver lost control, causing the vehicle to leave the road, go down an embankment, and flip onto its roof.

She added that there is no update on their current condition, and that alcohol is being considered as a contributing factor in the accident as the investigation continues.