BCHL moves ahead with exhibition games, season delayed to December 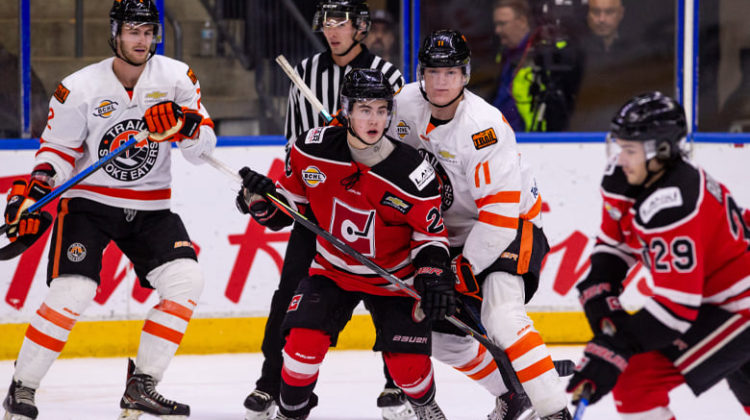 The BC Hockey League is moving ahead with its 2020-21 exhibition season.

Hockey games kicked off last night to prep teams for the the regular season, which is expected to start in early December.

As part of the league’s extended training camp, the schedule will feature competition between BCHL teams within their cohort of four.

“We believe it’s important to have our players playing meaningful games during this extended period before the start of our regular season, in order to stay engaged and game-ready leading into December,” said BCHL Executive Director Steven Cocker.

“Our teams are working within the guidelines to provide our players with a high level of development on and off the ice.”

With the extended training camp, the exhibition season will be significantly expanded compared to years past, with over 100 games scheduled across the league.

Some teams are already underway while others will delay until October and November, depending on their training camp model.

Click here to view the full schedule of games, which are available to watch on HockeyTV.

The league announced in July that the regular-season would be delayed until December due to the COVID-19 pandemic.

Witnesses sought for pedestrian accident that injured girl in Courtenay