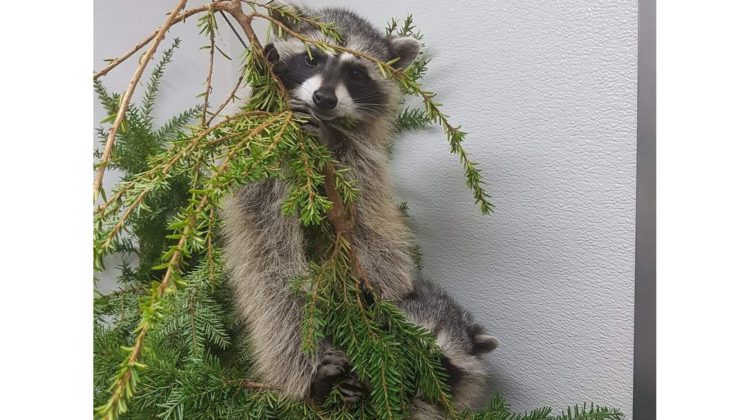 The MARS Wildlife Rescue Centre in Merville is sending out an important reminder to not trap or relocate wildlife.

This, after two raccoon kits were separated from mom when a homeowner trapped them with the intention of killing them or moving them far away from their home territory.

“Luckily they ended up at MARS instead,” a post on the centre’s Facebook page said. “They were initially very confused and distressed, refusing to eat for 24 hours, but are slowly starting to come out of their shells.”

As the raccoons are too small to be released this year, they’ll stay at the centre until spring.

“A lot of the time, we get calls from people that have pest animals, especially raccoons, minks, and all those kinds of critters,” says wildlife rehabilitation assistant manager Kiersten Shyian.

“Oftentimes, people will try to trap them without really knowing anything about them. They just think of them as a pest and need to get rid of them.”

“If you move it somewhere else it’s not going to have that knowledge. It’s not familiar with the area, and it’s going to have a lot more difficult time finding food.”

She says trapping and relocating wildlife is often only a temporary solution as it doesn’t address the root of the problem, and just leaves a vacancy for another animal to fill.

Most conflicts with wildlife can be avoided by securing outdoor food sources, such as compost, garbage, and fallen fruit, and sealing entrances and holes in your home, sheds, and porches.

Reach out to MARS at (250) 337-2021 for tips and advice if you are dealing with a conflict. To donate toward the care of its wildlife, click here.