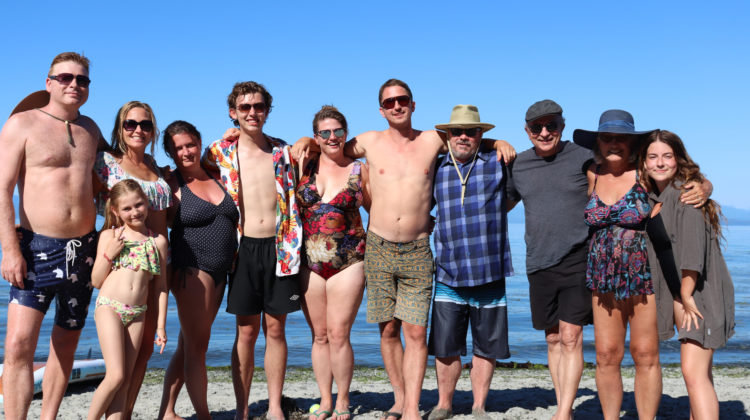 Zita Berger and her family are hoping to find a group of people who may have saved their life this summer.

She told the MyComoxValleyNow.com newsroom that on August 1st, she and her family spent the day tubing down the Puntledge River in Courtenay.

After being separated from the adults, 17-year-old Berger, her 19-year-old brother, and her eight-year-old cousin continued down the river. She says they were having a great time until they started drifting to the side.

Berger says they then hit a large fallen tree that was half above the water and half below, causing them to flip over and become stuck under the water.

“My cousin and I were forcefully flipped over, and my brother was sent overtop. My cousin popped out on the other side, after getting thrown into very rapid and unsafe water. I was stuck under the water under the log with my foot stuck in the rope on the tube.”

She explains that her brother yelled out to a group of people who were coming down the riverway in hopes they would help.

“One of the men in the group jumped in the water with my brother to look for me. This man took a big risk for me, and I will forever be thankful for him.”

She adds that she was able to get herself free and came up to see her little cousin being helped onto another family’s tube.

Zita Berger says while she may never meet the people behind the rescue, words can not thank them enough.

“I don’t remember everything so clearly, and I don’t know if I ever will, but this accident will always be a big part of my life. I’m so appreciative of the people (that I think are from Victoria) that helped me and my family through all of this so heroically.”

“I am writing this letter to acknowledge these people, in hopes that they will read this. We will remember you forever. Thank you.”

Poking out trees in the Puntledge River has been a concern for the City of Courtenay, and just before this incident took place, the city removed a large Cottonwood tree on July 18th that was deemed dangerous.