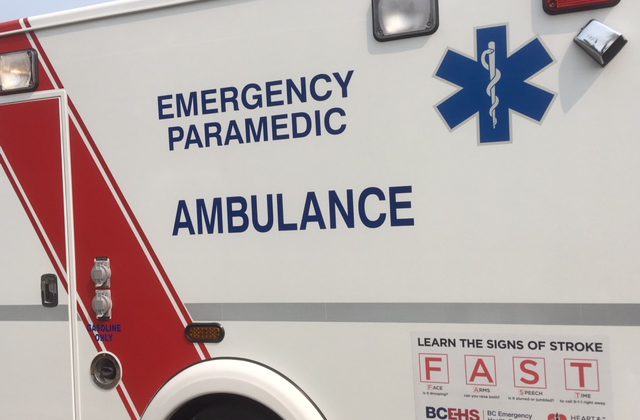 Doherty says in a number of the weekend incidents, they saw an increase in delays from BC Ambulances.

“As the call volume goes up, the resources from ambulances are spread pretty thin, so we’re starting to see some more significant delays in the ambulance arriving on scene,” he added.

“We’re getting ambulances having to respond from other communities into Campbell River to basically back up the support that’s needed here.”

Doherty says we need more resources from BC Ambulance. “We’re under-resourced and it’s happening not just here in this community, it’s all over the province. The paramedics are burning out, there’s high call volume. They’re working hard out there and doing the best they can but there are just not enough resources to handle the call volume.”

He said the first responder program has a lot of value for small communities  on the island, and across the province, but they’re starting to see ambulances being diverted to other calls or having to respond from other communities.

“That means our crews are tied up a lot longer on some of these medical calls and we certainly don’t want patients to be waiting 20, 30, 45 minutes… upwards or an hour for an ambulance. We’re happy to provide little bit of support where we can and we’ve certainly seen a lot of successful outcomes from the program itself.”