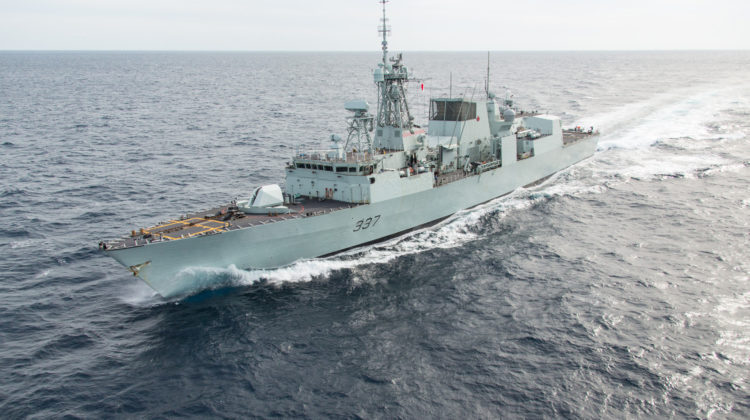 A Canadian sailor is missing and believed to have fallen overboard on Monday from HMCS Winnipeg.

Duane Earle, a Boatswain, from Winnipeg, is believed to have fallen from the ship while it was about five-hundred nautical miles off San Francisco.

Earle was not noticed to be missing until later in the day, and the vessel turned back along its route to do a search.

Winnipeg’s Cyclone helicopter was also launched to look for him.

The Canadian Air Force and US Coast Guard are involved in the search.

The Winnipeg was returning to Esquimalt after being deployed to the Asia-Pacific region.

“We are devastated to hear the news that Master Sailor Duane Earle is missing. Our thoughts are with his family and our shipmates in HMCS Winnipeg. We send our support to their loved ones and family back home.”

His family is being provided with support to help them through this difficult time.