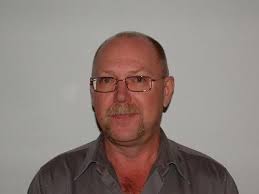 A highly respected coastal BC labour leader has died.

Darryl Wong, who has held senior union positions representing the region’s woodworkers, passed away on Friday at the age of 56.

Gary Kobayashi is a spokesperson for the Courtenay based local 1-1937 Steelworkers Union, he says Wong was a long time president of the union, waging many a labour battle over the years, and often chimed in on the Canada-U-S Softwood Lumber negotiations and legal battles over the years.

Kobayashi says Wong got on board the logging sector in the late 1970’s on the North Island.

Kobayashi says a public gathering of family and friends to celebrate the remarkable life of Darrel Wong will be held on Saturday at 1 p.m., at Chris and Heather McCallister’s residence at 1284 Hudson Road, in Comox.

Kobayashi says the family has requested that in lieu of flowers, donations can be made to the Alzheimer Society of BC or the Canadian Cancer Society.