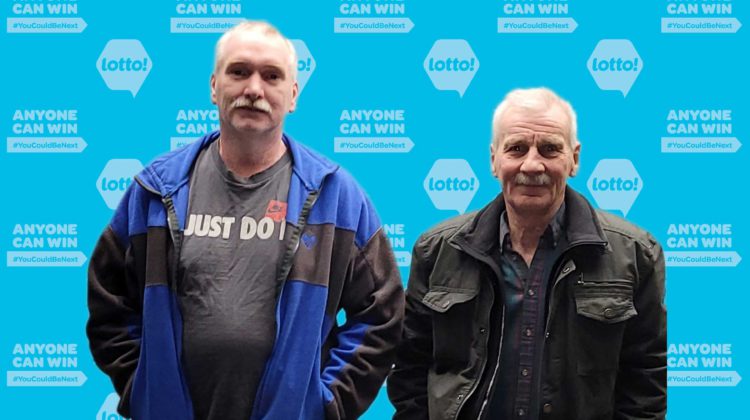 It really does feel good to win.

So says NFL fan Edward Cote, who just split $55,425.85 with his friend Gordie Wigman all thanks to the Dec. 28th Sports Action’s Toto draw.

The Port McNeill residents have been playing Toto together for more than a decade, and scored the winning ticket from Petro Canada on Mine Road.

“My wife had seen online that we were winners so I had to call Ed,” said Wigman.

“I was in bed when Gordie called me at 6:00 am to share the news,” recalled Cote. “I told him this better be worth it!”

Wigman now plans to put his portion of the prize towards a new roof, with Cote adding he’ll save his share for now.