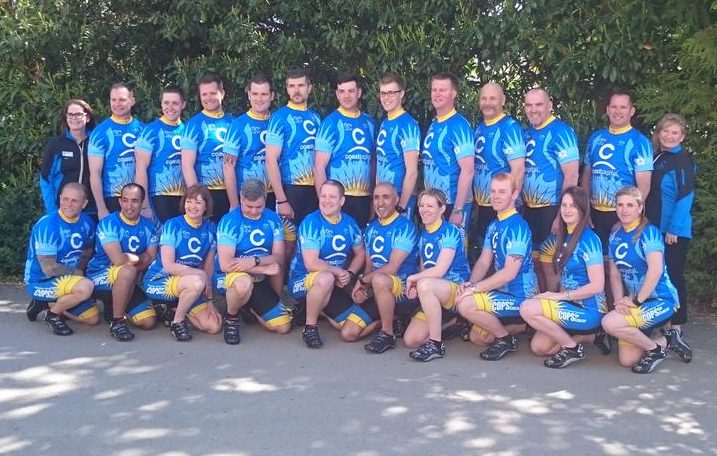 The 2015 Tour de Rock team has been hard at work in training this summer, after earlier, in Oak Bay, 20 police officers and military personnel from around the Island were presented with their jerseys.

Our own Vista Radio anchor and reporter Hilary Eastmure, at Coast FM in Nanaimo, is going to be wearing the jersey as well – as a media rider for Vista Radio.

She caught up with fellow rider John Belanger of RCMP North Island Traffic Services out of Campbell River.

This year’s Tour de Rock starts in Port Alice on September 19th, and wraps up October 2nd in Victoria