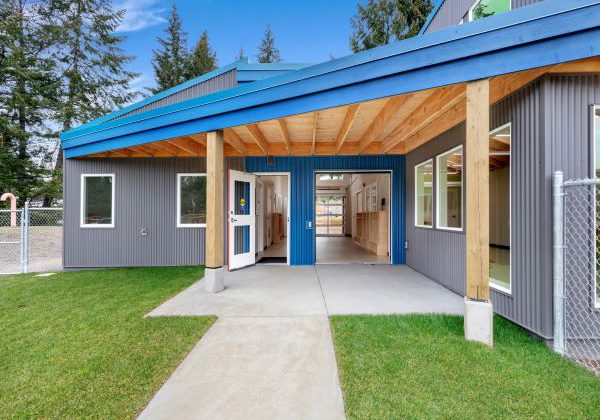 Parents on Denman Island have more childcare options, thanks to some provincial funding.

This comes after a new child care facility opened earlier this month on the  Denman Island Community School site.

It offers 20 new spaces for children from 12 months to five years  of age, and was purpose-built to create separate spaces for young children, including a nap room and a fenced yard.

The grant was part of the Childcare BC New Spaces Fund, which supports the creation of new, licensed child care spaces across the province.

“For many years, families in B.C. have experienced a severe shortage of affordable, high-quality child care options,” said Katrina Chen, Minister of State for Child Care.

“Having new child care spaces on school grounds will help support the healthy development of Denman Island children and families for generations to come.”

The district says the new facility addresses the acute shortage of licensed child care due to rapid population growth experienced in recent years, and will alleviate the increasing demand on the Denman Island Preschool Society (Blackberry Lane Children’s Centre), the island’s only official child care centre.

Blackberry Lane Children’s Centre previously operated out of the Community Hall and has been providing child care for over 30 years.

Originally developed as a co-operative child care centre, Blackberry Lane has been through many iterations over the years from its origins as a cooperative space and a Montessori Preschool.

The district says it worked closely with the Blackberry Lane throughout the application process to secure funding and design a space that meets the needs of the community while providing a spacious and comfortable workplace for the childcare staff.