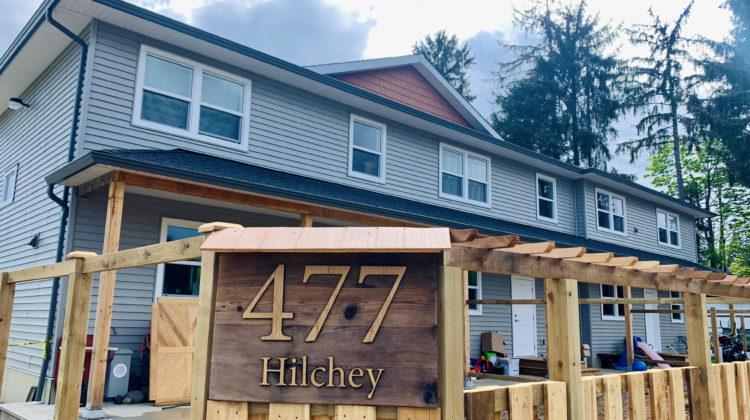 As Habitat for Humanity Vancouver Island North (Habitat VIN) wraps up one of its housing projects in Campbell River, it’s touching on the ongoing housing crisis.

“There’s a lot of discussion about what can be done, and the difficulties that face communities all over the place,” says Habitat VIN director of construction, Logan Ronhovde.

The Canadian Real Estate Association reports 25 percent jumps in house prices in Campbell River from just a year ago. And according to the Canadian Mortgage and Housing Corporation, its housing vacancy rate was 0.9 percent last year.

This increase in housing price greatly outpaced any increase in wages. Rental rates are no longer affordable for many, and as a result, housing insecurity and unhoused people is on the rise.

With this in mind, Ronhovde tells Vista Radio many are turning to Habitat VIN for a solution. He says Habitat “is a proven affordable housing solution in the midst of this housing crisis.”

Just last week, it was announced the final triplex on Habitat’s 477 Hilchey Road project was completed quietly, without the large community celebration typically held pre-pandemic. But for a handful of local families, move-in day will be remembered as one of the most significant days of their lives.

“We’re so excited,” Ronhovde says. “This is what it’s all about, right? I mean, we’re a large complex organization that does fundraising, retailing… but then we’re a home builder. So at the end of the day, everything that we do is about serving families. And here recently, we were able to serve three more families by moving them into their new homes.”

Ronhovde says there’s a total of eleven homes on the property, “so we’ve been building out this property since 2017.”

“It’s just an amazing feeling of satisfaction and of having made a difference. We work with our sponsors, our donors, volunteers in the community come alongside us to help build these homes, and the families are there working right with us.”

At the 477 Hilchey Road site, all three families put in 500 hours of volunteer work with Habitat, and will now pay an affordable mortgage geared toward their income. Afton and her son; Lori-Dawn and Jamie and their four children; and Deanna and her daughter are the newest residents in that Habitat community.

“And so we get to know them very, very well, and we get to see their struggles and their successes,” Rovenhovde explains. “To see the real difference that it makes for our families and the joy it brings them is just incredible.”

All that’s left to do is landscaping. And with this in mind, Habitat VIN is now eyeing the property located right next door; they’re hoping to build even more homes on that site.

“We’re in the process of working through the municipal system to rezone that property. We hope to build 20 homes at 461 Hilchey Road. Our intention this year is to move through all of the requirements to be set up and ready to build as soon as possible.”

And over in the Comox Valley, Rovenhovde says they’re in the process of finishing landscaping at their 1330 LakeTrail Road site. Ten new affordable Habitat homes now sit on that property.

“And later this year, we’ll be starting construction on our new Comox Valley project which is at 1375 Piercy Road. That will create 12 more homes over the next approximately three years,” he adds.