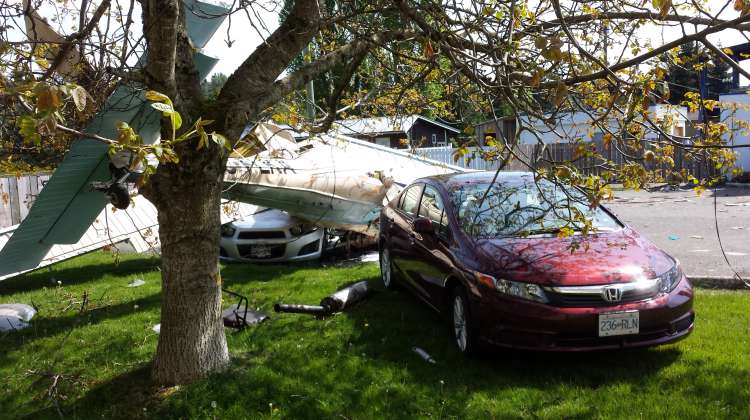 Early Saturday morning, a single plane crashed into the parking lot at the Comox Valley Animal Hospital in Courtenay. Staff at the animal hospital on Comox Road said they heard a loud BOOM, signifying the impact of the crash.

The single-engine plane landed onto 2 cars, causing major damage to one of the vehicles.

We spoke with Courtenay Fire Chief Don Bardonnex, who says the aircraft clipped the top of the building.

Goat News was on scene and according to RCMP on-hand, the 61-year-old pilot was conscious as he was taken out of the plane and loaded into the ambulance, saying his plane had lost power.

The Transportation Safety Board of Canada has confirmed that’s exactly what happened: the pilot’s engine failed, leaving little time to make a safe landing.

The pilot was airlifted to a hospital in Victoria for further evaluation. The TSB has taken on the investigation into what went wrong.