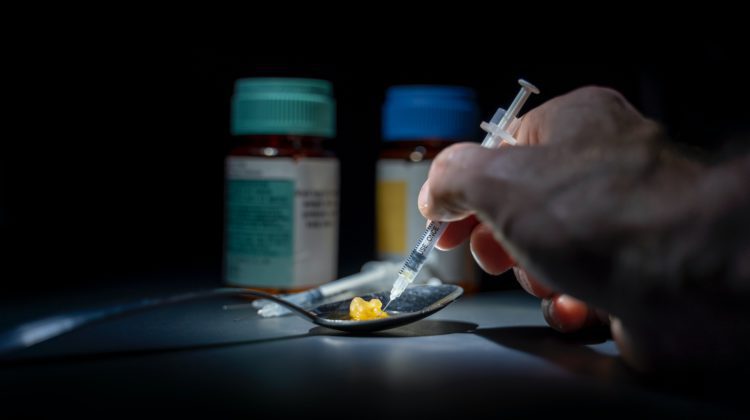 Dr. Charmaine Enns says to protect them from B.C.’s deadly supply of street drugs, we need to focus efforts on things like safe supply, decriminalization, and overdose prevention sites.

“We still have a system in Canada that criminalizes the person who uses substances, that everything we’re doing is geared at trying to protect the person but the elephant in the room is that person is still engaging in what our country has deemed as criminal, so that makes it very, very challenging.”

Enns says we have to look at substance use as a medical condition and not a criminal condition.

“We want to keep people alive,” she added. “We want to keep them safe when they’re using their substances. We want to give them easy access to other services that they’re ready for and want to participate in.”

On top of reducing stigma, Enns says we need to have an easy-to access, managed, safe supply in Canada and spread the word about the Lifeguard App, which can be activated by a person before they take a dose.

The alarm will become louder, and if it hasn’t been shut off after a short period of time, a text-to-voice call will be made to 9-1-1.

Meanwhile, Enns notes that we have been in a public health emergency with these drug toxicity deaths for five years.

She added that we were just starting to see some gains in reducing lives lost to the crisis in 2019 and early 2020, and then the pandemic hit.

“Since March of 2020 to now, we have seen a continued deterioration in those gains, and we finished 2020 with the highest rate (of deaths) throughout the five years of the public health emergency and 2021 is tracking even higher.”

Enns said an already poisoned drug supply has become even more so during the pandemic.

She added that the social isolation because of provincial health orders is also a contributing factor because more people are using alone.

Early numbers from the BC Coroners Service confirms at least 176 people in BC died from toxic drug poisoning in April.

This is a record for the month and represents a 43 percent jump from April 2020.

Closer to home, the Comox Valley has had 14 drug toxicity deaths in the first four months of this year.

Throughout the entire pandemic, there have been three COVID-related deaths in the valley.

Further up island, seven people in Campbell River have died from drug toxicity this year.

Across the province, the majority of deaths have been men between the ages of 19 and 49.

“We’re talking about deaths in a cohort of men in the prime of their lives, and in 2021… we’ve seen that age range get a little bit younger and a little bit older,” Enns said.