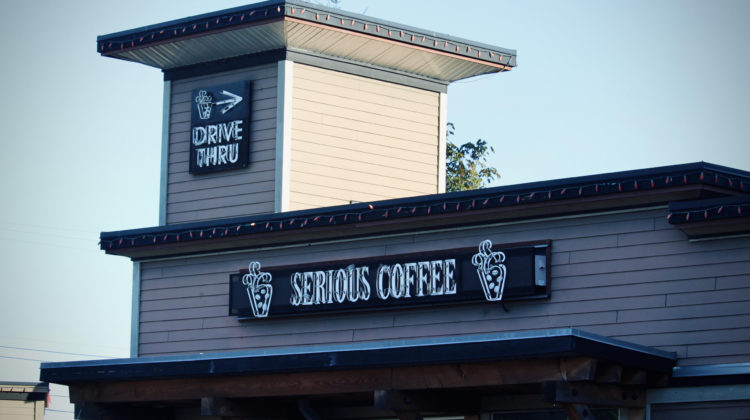 The ongoing labour shortage has forced one Campbell River coffee shop to cut back business hours. And it’s a struggle Serious Coffee owner Nicole Husby wishes she and her staff weren’t dealing with.

The Willow Point restaurant used to be open until 9:00 pm. But this week, the doors have been closing at noon. “Temporary business hours due to staff shortage,” reads a sign on the front door.

For Husby, it’s really disappointing. Her coffee shop has been busy, which is good, but heavy traffic is making it tougher for her limited staff to keep up with the demand.

“There are so many people that try to go through the drive-thru and try to come in after we’re closed,” she says. “I don’t want to lose customers, but it’s definitely impacted our bottom line for sure.”

Ultimately, Husby feels it’s a problem that’s out of their hands. “It’s not within our power, right?” She continues, “We can only go as fast as we can. When there are only two of us, it’s really tough. I don’t want to let people down. We want to be as quick as we can.”

Last week, Husby says one customer actually left before getting his order. He had already paid but just couldn’t wait any longer.

“I felt terrible about that,” she says. “He actually called right after he left and said, ‘It’s not your fault. I should’ve given myself more time. I’ll be in tomorrow morning.’”

Why more applicants aren’t dropping off their resumes is something that’s constantly on Husby’s mind. “I don’t know if it’s CERB, I don’t know why this is all happening. But we could definitely use more staff,” she explains.

“We really treat our staff like family. We may not be able to pay them way above minimum wage, but we really try to go big at Christmas and give them bonuses here and there and make sure that they know that we’re thankful for them.”

According to Husby, lately, most applicants have actually been students. “It’s pretty impressive,” she says. “A lot of people say the younger generation is lazy, but they’re actually some of our hardest workers. But we just can’t take any more students. The weekend is the time when we actually don’t need more workers because we have so many students.”

That said, it’s prompting Husby to put out a plea for more workers. She’s hoping to hire a few more people to get the restaurant’s business hours back to what they should be.

But the Serious Coffee owner isn’t alone. For Samantha Scholefield, program manager of the BC Restaurant and Food Services Association, the impact of the labour shortage is clearer now more than ever.

“Courtenay, Comox, up to Campbell River, the challenge is keeping those hours that we used to have,” Scholefield told My Campbell River Now.

Scholefield says restaurants in B.C. have had a rough year and a half. Due to COVID-19, she says there have been two separate periods restaurants had to close fully, partially, or stay open take-out only. Because of that, she notes a lot of restaurant workers called it quits, moving on to other careers or jobs. More from Scholefield in our previous story.