One man sent to hospital after apparent shooting in Courtenay 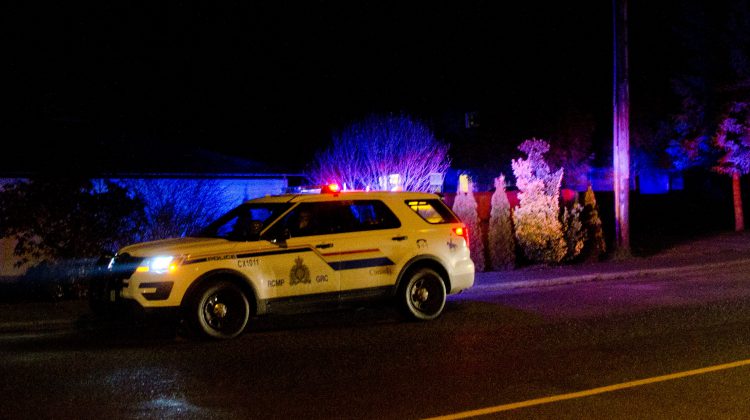 A Comox Valley RCMP cruiser sits outside a home on Piercy Avenue, close to the intersection with 17 Street. Officers were present near the home during the investigation into an apparent shooting in Courtenay on Dec.12, 2017. Photo by James Wood/98.9 The Goat/Vista Radio

COURTENAY, B.C- The Comox Valley RCMP are reportedly investigating a shooting in the Courtenay area.

While official details have not yet been released, a heavy police presence was observed at two locations in Courtenay.

At that location, police tape was cordoning off the entry to the road north off Lake Trail, with additional police tape visible up the road. Two officers appeared to be examining the ground around the taped-off area. 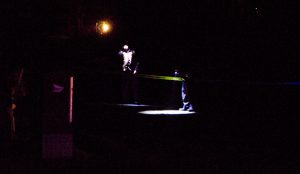 Comox Valley RCMP officers examine an area near the intersection of Salsbury Road and Lake Trail Road during an apparent shooting investigation on Dec.12, 2017.
Photo by James Wood/98.9 The Goat/Vista Radio

98.9 The Goat has confirmed that one man was taken to hospital as a result of what had taken place, with the incident taking place around 4:00 p.m. on Tuesday evening.

The exact nature of his injuries and his current condition remain unknown at this time, though other media outlets are reporting that a shooting appeared to have taken place.

As more information becomes available, it will be added to this report.