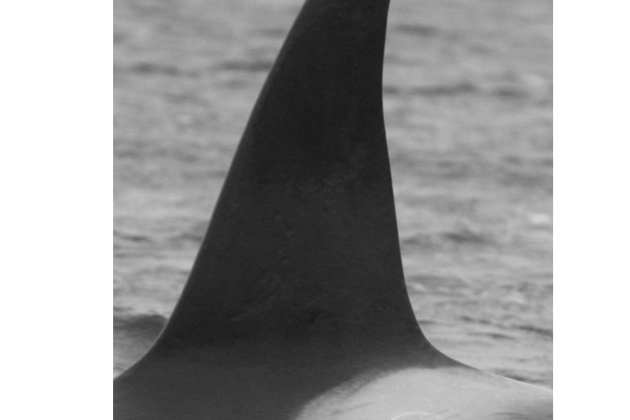 COMOX, B.C. – A large killer whale that’s been swimming in the waters off the Comox Harbour since last week is exhibiting strange behaviour.

That’s according to the Department of Fisheries and Oceans Canada.

Whale researcher Jared Towers spoke with MyComoxValleyNow.com following the release of a video from a local resident.

In the video, their boat is seen being tugged along the waters by the orca.

“This is why it’s important to keep on touching upon the 200 metre limit, and it being there not only for the whale’s safety, but also for human safety, especially in this case,” he said, referencing the DFO’s 200 metre minimum approach distance for killer whales regulation.

Towers said the orca had moved on to Union Bay over the weekend, but has since returned to the Comox harbour. As of this publication, the whale is still there.

“This animal is exhibiting some unusual behaviour, mostly in the sense of just staying in one confined area being in the Comox harbour,” he explained.

“The more time it spends there, the more concerning it becomes because that whale becomes a little bit more familiar with its environment and as seen, with this vessel (the boat being tugged), it’s becoming more interactive with that environment.”

Towers said the DFO has also received word of the whale moving around crab traps, and has been reported to move crab traps.

“The animal is so big, you know, several tonnes, probably 26 or 27 feet long and very strong, and in this case, obviously able to move around the boat as well,” Towers said.

“These are the kind of things we’re trying to encourage not to happen. We want the whale to not become habituated to the vessels in the area, and we definitely don’t want them interacting with them. That’s why we’re hoping he’ll leave on his own.”

He said it does not appear as though the whale is trapped in the area, but could not confirm that.

“Comox harbour has a lot of shallow waters surrounding it and a narrow channel leading up to it, so it’s thought sometimes that certain species can have a hard time navigating in areas with shallow water, especially when there’s a sandy or small pebble shoreline,” he said.

“That could be part of the problem, and there aren’t a lot of sandy areas along our coasts, you know it’s primarily rocky shorelines, so it could be a little bit of unfamiliar habitat for the individual, and that might be part of the reason he’s in there and hasn’t quite yet found his way out for good.”

Towers said if the whale becomes more of a danger to the public, or if the area becomes a severe danger to the whale, the DFO could take measures to remove the animal from the harbour and place him in open ocean waters.