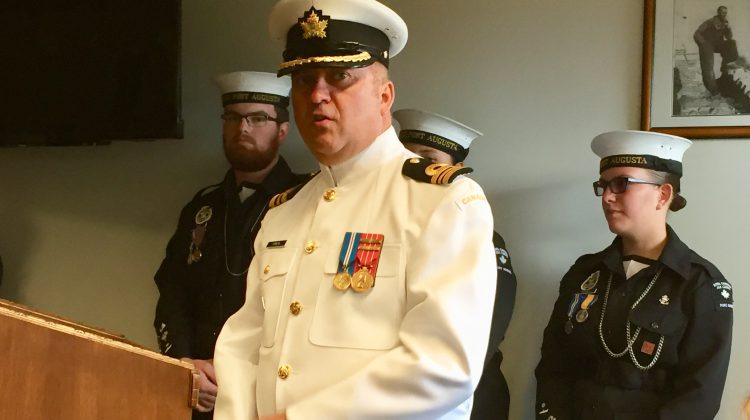 Members of the 189 Port Augusta Sea Cadets visited Town of Comox council chambers on Sept. 19. The previous day, Sept. 18, was proclaimed as Royal Canadian Sea Cadet Centennial Day in the Town of Comox. Photo by Troy Landreville/98.9 The Goat/Vista Radio

The day was recognized during the Sept. 19 Town Council meeting, where roughly two dozen members from the 189 Port Augusta Sea Cadets filled council chambers for a presentation.

Commander Don Irwin spoke as a delegation to council.

“Here in the Comox Valley, Port Augusta has been in existence since 1941,” Irwin said. “Not quite as long as cadets in Canada, but a significant amount of time.”

Irwin said many of the local cadets spent their summer at the HMCS Quadra Cadet Training Centre.

The first Canadian Boys’ Naval Brigade – later called Royal Canadian Sea Cadets – was formed in 1917 and are celebrating their 100th anniversary this year.