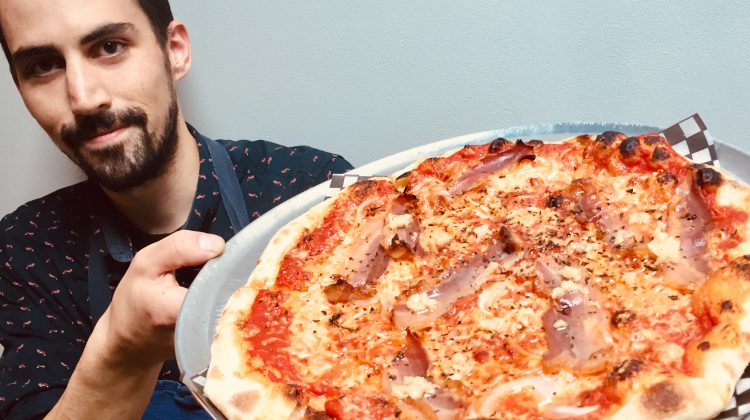 COURTENAY, B.C. – Hankering for a slice, or four?

There’s a new pizzeria in town.

The doors are open for people who want to pop in at Pizzeria Guerrilla at the top end of 5th Street, even though the restaurant’s opening date isn’t until Tuesday, Oct. 16.

Executive chef Jessie McMillan said the origins of Pizzeria Guerrilla started three years ago, at the bottom of 5th in the kitchen of Gladstone Brewing.

“But when we really committed and entered this space was the first day of May, this year,” McMillan said. “That’s when we started our renovations in this location.”

Pizzeria Guerrilla is in the space previously occupied by the Vibe Café and before that, the Mad Chef.

The motivation behind starting a pizzeria in downtown Courtenay is simple. “We’re really into pizza,” McMillan said. “It’s a niche that seems to have found an appreciation, so people support us doing what we want to do, that’s kind of an ideal situation as far as finding a business model goes.”

“We’ll see how it shakes out, how the demand is for later hours, we’re going to keep ourselves flexible on that one,” McMillan said.

There are six pizza staples on the menu: from a margherita style pizza with sauce, olive oil, fior di latte and cheese, to an amatriciana pie that includes cured local pork, provolone, garlic and onions.

“We’ll see more expansion probably more on the non-pizza side of the menu to start with, but our feature (pizza) will grow and contract as much as we need and we want,” McMillan said.

As for his own interest in pizzas, McMillan said he worked in a pizza restaurant in Vancouver when he was in high school and over the years, “has kinda stuck with Italian-focused cooking” with a few detours in New York and Montreal before moving to the Comox Valley in March.

The pizzas can be best compared to Brooklyn–style pizzas, with a fairly thin crust and big slices.

Pizzeria Guerrilla is owned by Jason Uglanica, the founder of the Guerrilla Food Company.