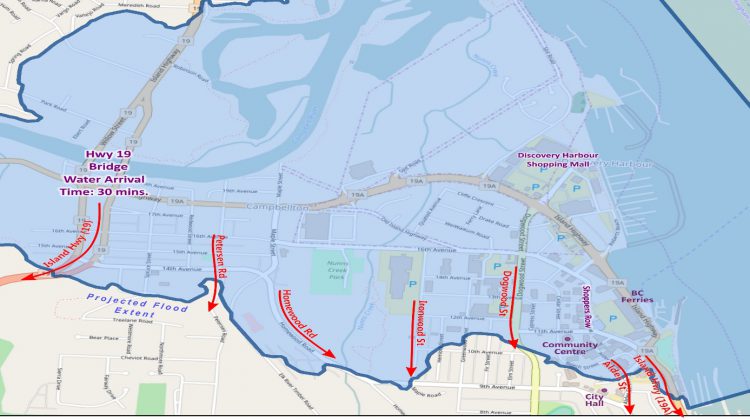 CAMPBELL RIVER, B.C. – The Strathcona Regional District is hosting Campbell River’s second Shake Out and Get Out on October 18th.

“The community exercise on October 18 will encourage residents to take action to help themselves. People need to know whether they can get outside the flood zone after the shaking stops,” said Shaun Koopman, protective services coordinator with the Strathcona Regional District. “Depending how close people are to the river and how far upstream, they will have between 30 and 60 minutes to get outside the flood zone once the shaking stops.”

Here’s what the city is asking residents to do on October 18th:

There will be five exercise checkpoints set up at the following locations:

In case of an earthquake, low-lying areas in Campbell River, including the downtown area, would be at risk of flooding and the Strathcona Regional District hopes the Shake Out event will help prepare residents. Shake Out participants can also have a chance to win emergency preparedness prizes when they register themselves at an exercise checkpoint.