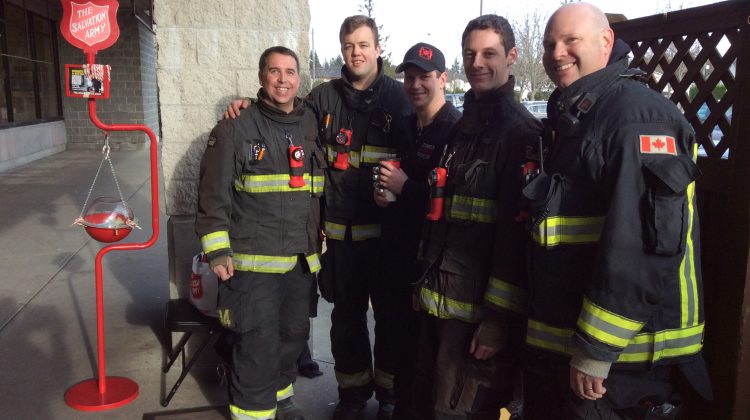 COMOX VALLEY, B.C. – Living in an increasingly cashless society was a big reason why the Salvation Army Comox Valley fell roughly $15,000 shy of its goal for its annual Christmas Kettle Campaign.

Anticipating a potential shortfall in cash donations, the Salvation Army has set up an online kettle campaign. You can still donate online by clicking here.

As well, debit machines were also available at  some kettle sites.

“We had a little bit of use with the debit card machines,” Hobden said. “I’m expecting that’ll continue to increase over the next (few) years as we put continue to put our kettles out.”

Meanwhile, there is still roughly one week left in the Salvation Army’s mail-in campaign.

“We’re hoping that people will find those mail-out letters that we sent back in November, address them and send them back into our office,” Hobden said.

“As long as they’re postmarked before December 31st , then we get a tax receipt off to them for this year.” 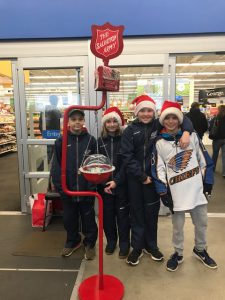 On a bright note, volunteer bell ringers stepped up in force to man the kettles over the holiday season.

“Volunteers are up,” he said. “Our Christmas kettles this  year, we’re looking at a little bit over 50 percent (above average). It’s looking like we had a couple hundred hours more in volunteers this year as compared to last year so that’s very, very positive and we’re very thankful for that, as well.” 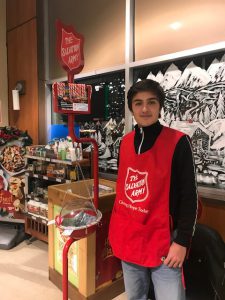 As of Dec. 20, the Salvation Army’s nation-wide Kettle Campaign raised $15.7 million in donations, which was $5.3 million behind its $21-million fundraising goal.

The campaign enables local Salvation Army units in 400 communities across Canada to help individuals and families with the basic necessities of life, such as food, clothing and shelter.

Heading into the new year, Hobden is urging people to drop off donations to their nearest Salvation Army thrift store.

“This Christmas season is often a time to pull out the stuff that’s not working for them anymore,” he said. “So they can think of the Salvation Army, donate their Christmas decorations and whatever they’re finding in their closets that are gently used back to the Salvation Army. We can turn that into programming dollars throughout the year, as well.”