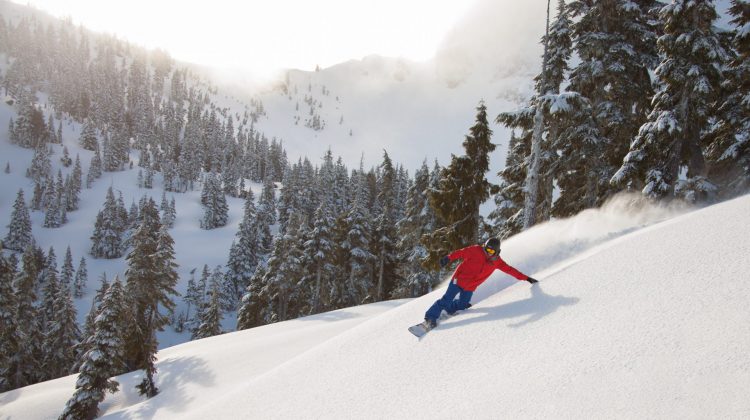 MOUNT WASHINGTON, B.C. – The first of what organizers hope will be many Pride celebrations on the alpine trails of Mt. Washington is set to take place over the first weekend in March.

From Thursday, Feb. 28 to Sunday, March 3, the rainbow flag will fly high against an alpine vista, as Mt. Washington gears up to launch its first annual Vancouver Island Pride Ski and Getaway.

“After moving here from Vancouver and Whistler, I was struck by the limited amount of LGBTQ events outside Victoria. We wanted to change that,” said Mt. Washington business development and sales manager Robyn Heron, in a release.

“Over the next three years, Mount Washington is committed to growing the Island Pride event and providing a welcoming and fun environment for communities to thrive.”

Mt. Washington spokesperson Sheila Rivers reiterated that this is the first Pride Weekend that the resort has hosted.

“Basically, it’s just a weekend of fun events,” Rivers told the MyComoxValleyNow.com newsroom. “(We’re) showing (inclusiveness) but more importantly having a weekend of events like a Pride Parade, we’re having a drag queen come up, there’s going to be karaoke, group skis… just lots of things going on all weekend.”

Rivers said the purpose is to facilitate a fun weekend where people from the same community can come together and enjoy mountain culture at Mt. Washington.

An event partnership between Mt. Washington and the Comox Valley Economic Development and produced by Departures by Dean, the Pride Ski’s driving vision is to connect mountain culture with the LGBTQ community, promoting diversity and camaraderie on and off the slopes.

According to the release, “creating a signature LGBTQ event in the heart of the winter season will also help drive visibility to the Comox Valley.”

“Pride Week at Mt. Washington, along with our Rainbow crosswalk downtown, signals to the world that our community is inclusive and welcomes diversity,” Courtenay Mayor Bob Wells said in the release.  “Providing an event to attract people from around the world to experience our amazing amenities will also have direct and long-lasting social and economic benefits.”

The event will also serve as an invaluable opportunity for Pride organizations and its allies across the island to connect, joining Victoria and Nanaimo Pride Parade as one of the few Island attractions geared at the promotion and support of LGBTQ culture.