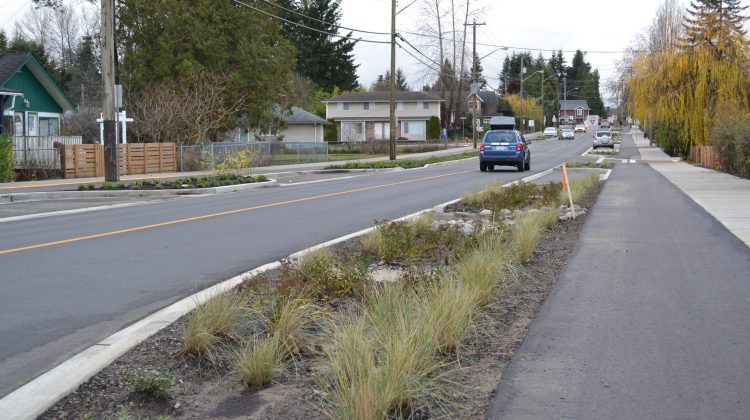 A city-supplied image of 5th Street. (Provided by City of Courtenay)

COURTENAY, B.C- Motorists heading through downtown Courtenay should be prepared for some slowdowns in the next few weeks.

According to the City of Courtenay, work is needed for the adjusted sections 5th Street just up from the downtown core, known as the “Complete Streets” project. The work is described as finishing touches and repairs, which were not able to completed last year.

The first disruption will be tomorrow, along the eastbound lane of the road between McPhee and Menzies Avenues. Drivers should expect one-lane alternative traffic in the block for the day.

According to Ira Adams, an engineer with the city, a firm schedule of the disruptions is not available, but he anticipated interruptions and slowdowns in traffic for the next two weeks along 5th Street.

Drivers should adjust their plans accordingly.